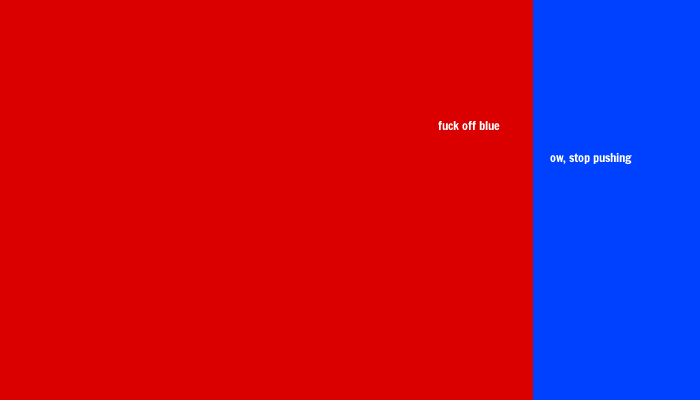 The thing about summer transfer sagas is that as much as you really, really want to avoid them, the lack of anything else going on makes it extremely difficult.

It’s like trying to lose weight and asserting that you will only eat fruit and salad but in order to get the fruit and salad you have to walk past a three mile long table of bacon and doughnuts and Reeses Pieces peanut butter cups and even when you get past all that there might not be any fruit or salad.

So it is with the Cesc stuff this week. There is nothing else happening from an Arsenal point of view but the idea that Chelsea might be interested in him makes me want to stuff a doughnut with bacon and then somehow stuff the bacon with doughnuts before melting the peanut butter cups all over them and OM NOM NOM NOM.

It truly is an unpleasant thought that he might play there. I know it’s early in the summer, there’s a lot of nonsense going around and this could be all part of a bigger plan we know nothing about, but what is certain is that Barcelona are willing to let him go and even if this is just a ruse to smoke about other interested parties it’s still jolly revolting.

I like to think that Arsene couldn’t let it happen simply because it would be an abomination of the highest order. I mean, the very idea of it is like a cry for help from a wayward son.

“Don’t worry about me, dad. I’ll just keep living under this bridge drinking distilled Old Spice and tugging off sinister tramps behind dump trucks just to get by.”

“Oh all right son, you can come back home, but you’d better keep your room tidy this time.”

And when one of those sinister tramps is Arsene’s mortal enemy he’s got to step in and make sure this doesn’t happen. What if Mourinho loses his temper with Cesc on the training ground one day and then, after training, sneaks up behind him and gouges him in the eye like he did with Tito Vilanova? You couldn’t put anything past him.

Plus, blue just doesn’t suit Cesc. Here he is in red, looking swish and ace: 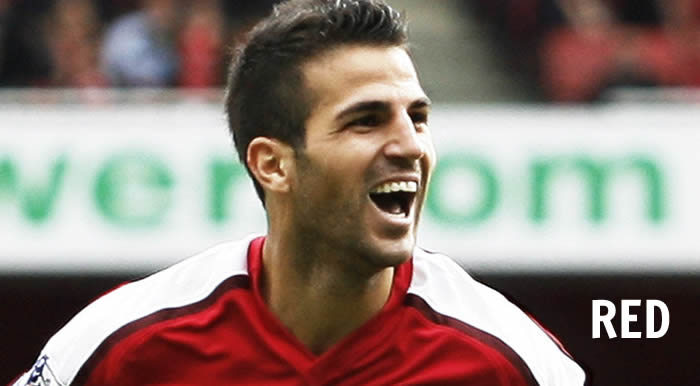 And here he is in blue*. Look at the difference! 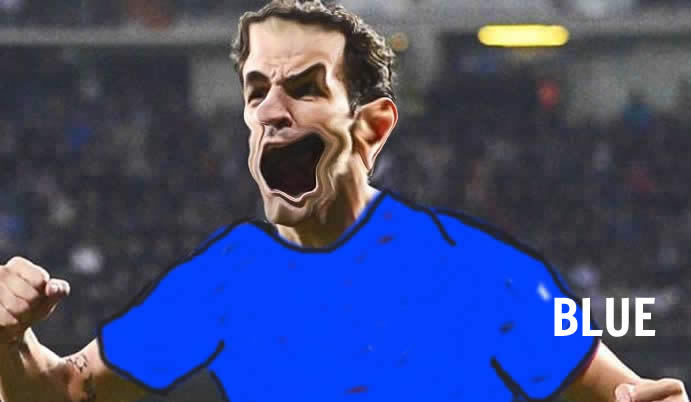 In Chelsea’s born-in-2004-blue the effect would be even worse. What fate is this to befall any human, let alone one like Cesc? I mean, some of them obviously deserve it, like John Terry simply because he is history’s greatest monster, but dammit we have a responsibility to our former players to ensure their lives don’t go completely off the rails.

As a club we’d probably even help Mikael Silvestre if he needed it. How then could we stand idly by and allow Fabregas to go to a place where at some point John Terry would try to hug him? That’s basically a crime against humanity.

Maybe it’s all nothing. I hope it’s all nothing. In fact, why can’t we just have some nothing. If there’s no Arsenal news then there should be no news from any other club and no other club is allowed do anything at all unless we approve it. Which would be fun, especially when Chelsea decide to replace Frank Lampard with Mikael Silvestre because we have decreed it.

The whole thing needs to change. Hey, it’s not impossible. If they can give the World Cup to a country where they have to play indoors in iced stadiums and shit it’s all about how much money you can throw at the problem. Maybe we could all just chip in a bit.

Anyway, from my secretive Internet sleuthing, I see that Cesc is on his way to the USA with the Spanish squad to prepare for the World Cup. Arsene is going to be at the World Cup doing commentary for French TV and I’m sure once the two of them meet up for a stroll on a Brazilian beach they’ll come to a satisfactory arrangement for all concerned and one that will Mourinho and John Terry upset.

Which, as we all know, is something for everyone to enjoy. #specialistsintwattery

Finally, I note that we’re linked with a goalkeeper called Willy Caballero and an anagram of that is Wallaby Ice Roll which sounds like it could be his special move. I’m intrigued.

* (Artist’s impression: conveniently overlooks any blue away kits Cesc might have played in for us. It’s my blog, I’ll do what I want).

Thank you for the Cesc podcast feedback + Wednesday waffle