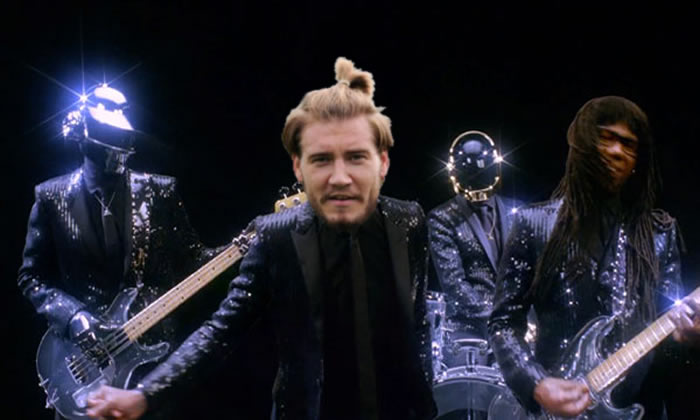 As I was lying in bed this morning I realised that in this modern, on-demand world of ours, there’s a service that’s still badly missing: breakfast roll delivery.

There is an august establishment just two minutes walk from my house called ‘Matt the Rashers’. It is a glorious emporium of all the breakfast you could ever want (as long as you want it made from pig and fried). They do a mean double-bacon, sausage and white pudding roll, but the difficulty I have is that I have go and get it.

If we live in a society where it’s possible to get pizza delivered at 4.30am, why has no enterprising guy or gal set up a breakfast roll delivery service? I call, order, continue to lie in bed and determine my level of *boilk*, and then the nice person comes with my tin-foil wrapped deliciousness which I then scoff (after adding the requisite HP or YR sauce, depending on which initials I favour that morning).

I realise this is a particularly first world problem, but hey. The fact that I am choosing to sit here and write a blog before I do anything about my lack of breakfast means I get to complain if I like. Especially as there’s little to talk about with regards to the Arsenal.

The only story doing the rounds is the release of a number of players including Chuks Aneke, Daniel Boateng, Chu Young Park and, the greatest striker that ever lived, Nicklas Bendtner. If the first one is a little surprising given how highly Aneke is thought of, the last two can’t come as a shock to anyone.

The only way Park was worth £2.7m, or whatever we paid for him, was if he was platinum plated. To my mind it is the most bizarre signing of Wenger’s reign. Of all the strikers in the all the world we could have got in that mad transfer scramble at the end of August 2011, this is what we came up with? Did he tell us he was George Weah’s cousin, or something?

He scored one Carling Cup goal for us, a very nice goal it was too, but then he was ruthlessly ignored apart from his only Premier League appearance. He got eight minutes in that game against Man Utd when Arsene put on Arshavin for the Ox, the Dutch Skunk shook his head, and the stadium went mental. It only adds to the surreal nature of his Arsenal existence, that he was thrust into that cauldron of calamity to try and save the game.

He went on loan to Celta Vigo the following season and scored three goals in 22 appearances, before going to Watford last January where he got on the pitch twice – once as an 89th minute sub, the other as a starter in a game in which he lasted an hour.

Yet still people complain that he wasn’t given a proper chance with us, which to my mind ignores the very obvious explanation which is that he’s just not very good at football. That’s not a criticism, by the way, just an observation. You have to be quite careful what you say about him lest you end up with Trouble On Your Mouth, but I think it’s apparent that he was a disastrous signing who was never good enough to play for us.

Still, he didn’t make a fuss or try to stick his mickey in a taxi, so you have to give him credit for that. Which, of course, brings us to our old pal Nicky B. The man has some talent, but it’s fair to say he’s not really made the most of it. I’m genuinely curious as to what his next move is. It could be to another football club, or he could build a gigantic tower with the money he’s already made and spend the rest of his life Instagramming pictures of himself in ever more elaborate costumes and over-sized spectacles.

We tried to move him on for three summers in a row but could only manage loan deals each time. Whether that was due to his financial situation, unwilling to take a significant drop from what he was earning with us, or other factors I don’t really know. He went to Sunderland, did ok. He went to Juventus, not to ok. And last summer he was due to go to Crystal Palace but then Arsene couldn’t get Demba Ba on loan so he had to stay.

That he enjoyed a measure of redemption is probably pushing it too far, but he scored an early goal against Hull when people were still saying ‘He’s starting Bendtner? Really. Why on earth would he do … oh, look at that!’. He also got a very timely goal late in the game against Cardiff but banjaxed himself doing it. That injury lay-off coincided with a night out in Copenhagen when he should have been at the club, and he never made the squad again.

If he could get his head right and work hard, I think he could still be a good signing for some club, but I don’t think I’d put a lot of money on it. Maybe someone will take the chance on him, and maybe it’ll work out well. From our point of view though, it’s the end of an era with his departure.

Fare thee well, Danish Prince, you were, most surely, TGSTEL. We’re up all night to Mick Bendtner.

Now, I have to endure the long walk to Matt the Rashers. And it’s raining. But soon I will have the breakfast of FA Cup winning champions.