In which I am prompted to embrace the verse

I am not necessarily a fan of poetry, but I feel moved to create something today in the wake of revelations about our further interest in Salomon Kalou.

Apparently, we’re plotting a ‘summer swoop’ for the former Chelsea man who is currently plying his trade somewhere in the French Ligue TWAAAAH, or something. I’m trying to get my head around the idea of swooping for Kalou anyway. Surely it wouldn’t take anywhere near that level of movement.

A summer amble for Kalou. A pre-World Cup saunter. A June tootle. A transfer window mosey for Kalou. But swoop? No. There is no need to swoop. Or battle. Or scramble. That might suggest that other people would be interested. And why on earth would anyone be interested?

Sure, I realise it’s ‘paper talk’, and that it’s best off ignored, but he’s now becoming the Sebastian Frey of forwards. Every single transfer window since time began, since before the Internet, and indeed, before either Arsenal Football Club existed or Kalou was a tinkle in his great-grandfather’s eye, he’s been linked with a move to us. Look at this newspaper from 1929 if you don’t believe me (photo experts have verified this is completely genuine, by the way). 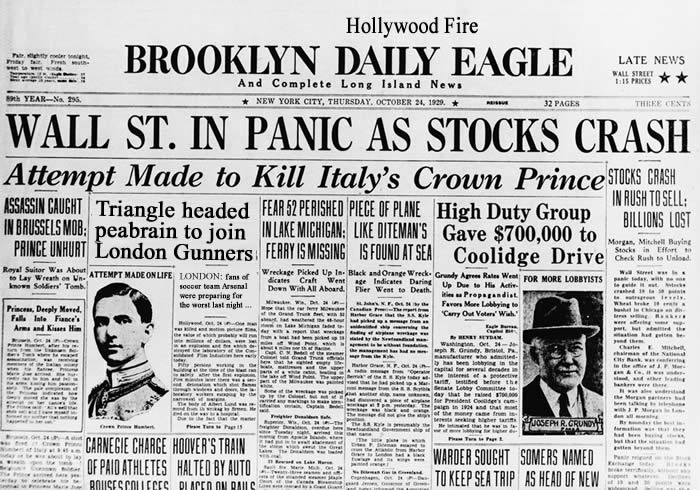 Kalou’s imminent arrival at Highbury is the real reason behind the Wall St crash. ‘But why?’ I hear you ask, ‘Why does this bother you so much?’

And to that I say, ‘It just does’. Frey, for all his talk, was an opportunist, a trail-blazer, ready to embrace the new world. Nobody has yet noticed that as a goalkeeper he is about as good Stumpy McGee, the one-armed plumber who played in nets for Our Lady of St Joseph’s Celtic. But by cleverly and regularly linking himself with Arsenal every time the transfer window opened, people in charge of football clubs thought ‘Hey, he must be all right, let’s give him a contract.’

Even when Arsene Wenger flat-out denied speaking to him, it made no difference, because once something is on the Internet somewhere then it must be right regardless of inconveniences like facts and truth and so on. But Kalou? No. You can’t write this off as the cleverly engineered flim-flam of a mountebank like Frey.

It offends me on many levels. I can’t really explain it, it just does. Especially as this summer is about improving our striking options. Those who don’t much care for Olivier Giroud would happily swoon at the feet of the HFB after a game or two of Kalou. He’s about as good as Giroud, inserted violently up the back passage of Marouane Chamakh who is then stapled to Kaba Diawara and infused with the essence of Francis Jeffers.

To me that’s not progress (aside from the obvious physiological science that goes behind fashioning such a creature. Creature is being kind. Monster, I should say). Signing Kalou would be like rescuing starving people from a desert island and feeding them crispy fried beetles with a side of net curtain slathered in a sauce made from the watery stuff at the top of a bottle of ketchup with some of the dust from the bottom of a box of cereal to give it texture.

Ok, it might just keep you alive but that it would be served to you as you sat in a window from which you could see the flashing neon sign of ‘MEEEEAAAAAAT – Big Joe’s awesomely delicious steak house which also has beer and chips and that’ (big sign, I know), would simply exacerbate the pain as you tried to suck the sustenance from a beetle’s deep fried shell.

‘But depth!’, people might say as they try to somehow justify this ghastly imposition on our lives. You know me, I’m all for it. We’re shallow right now and we need to be deep, but there’s the kind of deep which leads to a well which provides the water which keeps us alive and enables us to grow and thrive; and there’s the kind of deep which hits some kind of obstacle and you stamp through it and it’s an unmarked famine grave and there’s all splodgy remains on your shoe. I’ll let you figure out which one Kalou would be.

So, as I said at the top, it has moved me to involved myself in the world of poetry. I’m no Seamus Heaney or Walt Whitman, but I think this works quite well. Here we go.

Boom! Get that iambic pentameter-ometer and stick it where the sun don’t shine. I will await the calls from publishing houses eager to put together a collection of my most gruesome versification. Then I’ll retire to that desert island and if a triangle-headed man comes to rescue me I’m gonna stay put and tell him where to put his cereal dust sauce.