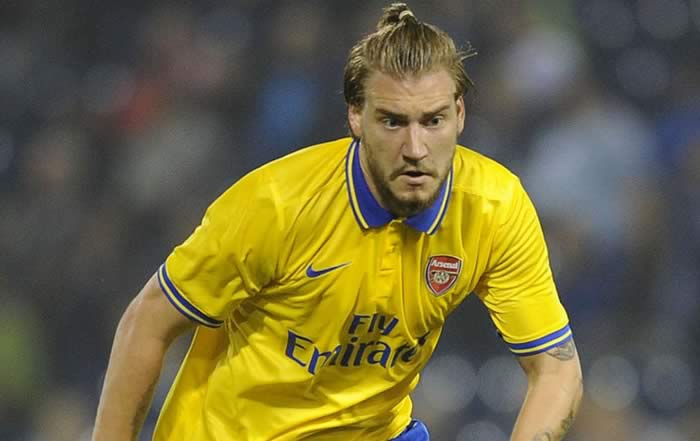 Slightly *boilky* greetings to you. Time for a quick Saturday round-up.

With so many players out injured, Arsene Wenger says the club will take a good look at what’s going on. He suspects many of the issues are bad luck (Wilshere getting a kick from Agger, for example), but with Aaron Ramsey out since December with a thigh problem questions are being asked about whether something needs to change behind the scenes to ensure quicker/better recovery.

I am concerned. We are analysing very deeply why it happens and to see if there’s a link between all the injuries.

As I said yesterday, I don’t have the answers but hopefully a good investigation can shed some light on things. I’ve seen people suggest it’s because our squad is so thin, but the area where have most depth – midfield – is where we’ve had the most injury problems.

Can you blame overplaying when other players are picked week in, week out and don’t suffer any lengthy injury problems? Could it be that some players are more robust than others? Some are just more likely to suffer aches and strains? If there are fundamental issues, hopefully they can find them and make improvements, but it’s not as if we’re employing a team of Dr Nicks either.

There was confirmation that Ozil’s hamstring strain was ‘grade 2’ so a minimum of 3 weeks, maximum of 6. Did I say weeks? I meant months? Sorry, months? What am I on about? Generations, blah blah. He’s certainly going to miss this important run in the Premier League, as is Aaron Ramsey of whom the manager said:

He still has recurrent pains in his thigh, we have to be very cautious with him. When will he be back? I believe it is 2 more weeks.

And to me that doesn’t sound like a cast-iron guarantee of two weeks. Recurrent pains are not good pains, and I suspect that we might have to cope without him for a bit longer than that. There’s some good news regarding the squad for tomorrow though with Nacho Monreal fit again while Kieran Gibbs has a chance to make it too. The more the merrier, I say, but we can touch on that properly tomorrow.

Meanwhile, after going to Copenhagen and rubbing his junk off a taxi, Nicklas Bendtner is in trouble. Asked about his wayward striker’s nocturnal proclivities, Arsene said:

The only thing that is for sure, he had nothing to do in Copenhagen. Nobody gave him any permission to go to Copenhagen. He will be fined for that. For the rest, has he created some trouble? I don’t know. I will speak to him today.

It’s clear, and has been for some time, that his future in football lies elsewhere. The only reason he stayed this summer was because we couldn’t get another striker in in time. Mourinho nixed the Demba Ba loan as Bendtner was about to sign for Crystal Palace and we called him back.

Not ideal for us or for him, but there seemed to be an element of maturity to him. According to the manager and some of the players he’d trained well behind the scenes and looked ready to play his part, small as it was in the grand scheme of things. He was never going to be first choice but he got starts in the FA Cup and in the Premier League and even scored a couple of very handy goals.

Last week he gave an interview in which he talked about his frustration at newspapers printing stories which weren’t true and he came across as a guy who accepted he’d made mistakes but had grown up. So even if we accept that the incident with the taxi driver might have been overblown, the fact that he was in Copenhagen watching Arsenal in a bar without permission from the club is a serious breach of discipline.

Was he frustrated? Probably. I don’t think he’s injured and he could have been in the squad but Arsenal chose to take Ryo Miyaichi, a player who was a) ineligible and b) you’d be hard pressed to convince anyone who has much of a future at the club. We had no striker on the bench against Bayern Munich and maybe the fact the manager left Bendtner out of his squad tells its own story.

But you would like to think he’d at least remain frustrated in private and not let it rip on a Danish street at night, a place where everybody knows him and everybody is waiting for something like this to happen. Tabloid fodder it might be, but if you stay at home none of it happens.

From my point of view, I was happy enough to keep Bendtner around as long as he trained well and remained professional. He was never going to be anything other than a bit-part player, but sometimes those bits are valuable. Everyone knows he’s going in the summer when his contract expires, but this latest incident is just the latest in a series of off-field scrapes which have damaged his career on the pitch.

It will surely make clubs think twice about recruiting him when he is a free agent, and what it means for the remainder of his time here is unclear. It’s one thing suggesting he’ll never play for us again, but if disaster strikes and he’s the only forward left at the club, what do we do? I guess let’s hope it doesn’t come to that, but it’s an unpleasant situation all round.

Finally, there’s news of the ticket allocation for the FA Cup semi-final and that the West Ham game has been rescheduled.

Right, that’s that. Time to take the dog up the mountains, blow some of the cobwebs off. Till tomorrow.