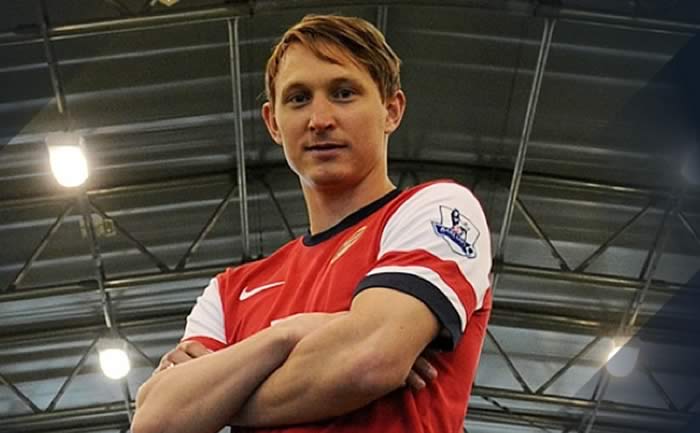 So, transfer deadline day came and went and in the end we got that exciting, super amazing deal we’d all been dreaming of.

It happened late in the day but better late than never I say: Ju-Young Park has joined Watford on loan. Of course, I’m kidding. It’s not that exciting and one day, when somebody finds out the true story about Park – that he was actually made from compressed cocaine or he was David Dein’s long lost son – there’s a book to be written there.

However, we did actually bring a player in and if you’d asked me to name a bazillion names,  Kim Kallstrom would probably not have come up. When it did though, blimey. Memories of buying him for Arsenal in Championship Manager 01/02 (I think) alongside all those other young Swedes who had the potential to be world class for minimal investment (and remember, you started the game with a small enough transfer pot so you had to be frugal).

Arsenal is an amazing club with a lot of great players and a coach who has done really well here for a long time. I am so pleased to come here to learn as much as possible. I’m here to do my best for Arsenal and to help out the team, so we can achieve good results for the last part of the season.

Kim Kallstrom is a hugely-experienced player. He is a midfielder with proven quality at both club and international level. We welcome Kim to Arsenal.

I might also be wrong, but is he the first Arsenal player with unisex name? I mean, all the other Kims I know are girls. Like Kim Wilde. Or Kim Battenburg-Magee. Or Kim Kimson. I seem to remember an Australian cricket captain called Kim from years back, but from an Arsenal point of view he could be unique.

Update: thanks to Chris who reminds of Viv Anderson and some fella called Ashley. Also to Marc who puts forward Robin. I’d forgotten all about her.

At a time when Flamini is suspended, Ramsey is gone for 6 weeks (at least, I’d say) and there are always lingering doubts over Jack Wilshere’s ankles, bringing in an experienced midfielder seems like a decent move to me. Lots of people told me yesterday Kallstrom was too old or rubbish (some in starker terms than that); some have said he’s a solid player, who’s good from set-pieces and can do a job for us. Here’s what I’ll do: I’ll watch him play for us and then decide. But on the face of it, he could be a handy man to have in the squad.

Of course most of us would have liked a striker to come in, but it’s not to be and what we have we hold. However, I can’t recall any deal taking place yesterday which made me think ‘Well, why didn’t we do that?’. Any potential targets were spuriously linked at best. Tello at Barcelona – was that ever realistic considering he’d been playing and scoring for them? Morata at Real Madrid – how much can we expect from a youngster in a title race anyway?

Beyond that I don’t really remember anybody extolling the virtues of a striker who would have been the man that everybody could agree on. The name of Miroslav Klose was bandied about all day but this was nothing more than a piece of fiction from goal.com. Much like their ‘exclusive’ about Blaise Matuidi, it was false and invented and for no other reason than to garner page views on a website.

Julian Draxler, as expected, never happened and Arsene Wenger gave some hint into the story by saying:

The Draxler situation has been created by the newspapers, not by me. He will stay at Schalke.

It’s not to say we’re not interested, I know for a fact he’s a player very close to the top of our transfer list, but I’m dubious as to how far we took it this month. Talk of a delegation turned out to be absolutely false, so you’ll pardon me if I take with a hefty pinch of salt reports which claim to know the intimate details of a deal which didn’t happen. It’s easy to point to the finger in one direction, but it also makes for good copy and provokes little in the way of sensible debate. Which, I imagine, was the whole point all along.

It’s quite easy to whip people up into a frenzy with blatant misinformation, made more substantive by that misinformation being shared and spread across a range of publications, thus giving it a veneer of legitimacy. Perhaps, in hindsight, the most informative thing is to look at the quotes coming from the German end who said, repeatedly, that a)Draxler would be going nowhere and anyway b) they’d had no bids or contact from any club, least of all Arsenal.

So, while it’s disappointing that we didn’t manage to find that player who could have provided a lift and a boost as we go into the final part of the season, I think we need to step back from the ledge a bit and look at what we have. And that’s a good team which has, over the last 12 months, gained more Premier League points than any other. We’re in the title fight and we’ve got some real quality in this side.

I would have liked us to spend but we didn’t and nothing is going to change that now. Going by some of the reaction it’s as if our title changes hinged 100% of what we did in this January transfer window. Which is clearly not the case: it depends entirely on the players we have available to us right now. And up to this point those players haven’t done too badly at all.

So, I’m happy to welcome our new player, I hope he slots in and adds something to the team, and happy to see if the likes of Mesut Ozil, Santi Cazorla, Per Mertesacker, Laurent Koscielny, Lukas Podolski, Olivier Giroud and the rest of the players in the most balanced and effective squad we’ve had in years can go the distance.