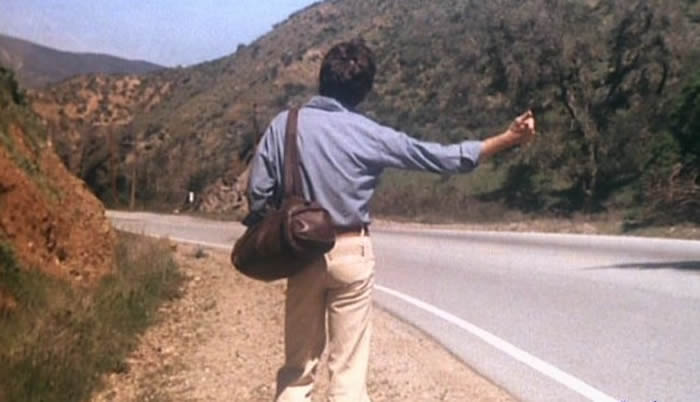 The media was, literally and figuratively and, perhaps, fictionally, full of reports of an Arsenal ‘delegation’ on its way to Schalke to do the Draxler deal yesterday. A little digging, by which I mean asking a question, and we got some information to say that said media were being ‘guided’ that there was no delegation. Something backed up by sections of the local press, as reported by Raphael Honigstein.

Of course saying there’s no delegation is quite vague. Is one man a delegation? To my mind a delegation is more than one person. A clutch of Arsenal folk, cash in a briefcase, instructions written down in crayon from Arsene, that’s a delegation. Geeing themselves up, holding hands going down the street singing:

Delegate, good times (come on!)
There’s a transfer going on right here
A special player, at this time of year
So bring your chequebook, perhaps Podolski too
We’re gonna have a Draxler party with you.

One man, well, that’s a representative. A lonely man, eating dinner alone in a quiet Gelsenkirchen restaurant, just his dog-eared copy of Kane and Abel to keep him company (he can’t afford roaming because all the money is in the briefcase for the Draxler), that’s not a delegation.

And even if he’s not there at all, it doesn’t mean nothing is happening. Telephone, fax, email, Viber, WhatsApp, Skype, Snapchat and AOL Instant Messenger are all ways of doing a transfer in this modern age. Agents, go-betweens, third parties. You don’t have to meet face to face. Look at Man United’s chief executive who was basically too scared to talk to Chelsea in case they gave him a Chinese Burn and made him sell Rooney, but he still got his man.

The Chief Executive, of the most successful football club in England, was afraid to just say no to another club so he used agents and third parties to do the deal. Magic. Of course we wouldn’t have that issue with Schalke. Quite the opposite in fact:

“Nein, for the last time we do not want to have this free gift of a Park thrown in. Unless, of course, you mean Hyde Park. No? Then get out!”

The transfer window closes tomorrow at 11pm, I think – it could be midnight, I should check that – and no doubt all of us hope Arsenal will do some business before it shuts. With City now top of the table after beating Sp*rs 5-1 last night (in another game when some generous decisions went their way from the linesmen), we could use the boost of something new and exciting in the squad.

It does look as if we’re trying to land Draxler now, which would be a fantastic purchase in the long-term – and one I’d really welcome – but talk of Vucinic on loan until the end of the campaign might not be an either/or thing. I’m not suggesting Draxler couldn’t contribute now, perhaps in a Reyesian fashion his youthfulness could be just the thing we need, but he is just 20 and it’s a lot to expect him to fire us to the title.

He certainly can’t yet fill in for Giroud and as the other options in that area remain unconvincing, it would make sense to take some back up in the short-term. I think it’s now quite obvious the manager has issues with Podolski and while I think Bendtner is a guy who can have an impact from time to time, I’m not sure he’s the guy to get you the goals against the big teams when needed. Maybe Vucinic would struggle in that regard too, but at least he’s another option.

There’s also talk of how we’re keeping an eye on Morata at Real Madrid and Tello at Barcelona, but your guess is as good as mine really. It just feels like the squad could do with something new, something fresh and, perhaps, something which says ‘Let’s have a real go at this.’

I don’t doubt the players ambition or conviction as it stands. There’s a very obvious hunger and desire among them to win something, but sometimes you have to look beyond ‘internal solutions’ and the next two days is our last chance to do that. So, if there are delegations, representations or any other kind of positive ‘ations’ we can get on the case, I really hope we do that.

And if we don’t, spare a thought for our poor man in Germany, who will have to come back to London, head bowed, to a soundtrack of the saddest music ever played.

Back tomorrow with a deadline day Arsecast and all the usual waffle. Until then.