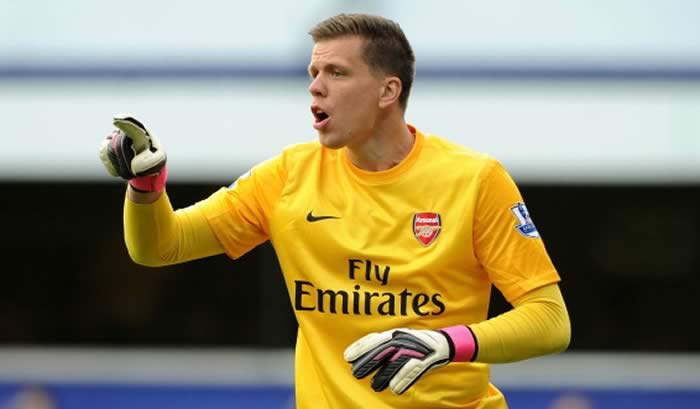 Well, that turned out to be an interesting weekend in the end. As expected, Chelsea and Man City both won, getting closer to us at the top of the table, but Liverpool went down 3-1 to Hull while Sp*rs and United drew 2-2.

There’s still such a long way to go this season but it’s good for us when teams with ambitions and aspirations drop points. Then, after their game, the Sp*rs boss went to town on a journalist who he accused of making personal attacks on him. Slightly precious he might be, but when you realise it’s the same fella who Wenger had a pop at earlier this year (“Why do you look at me?”) then it makes it all the more amusing.

I can understand the desire for a manager to hit back at certain journalists, often some of the stuff that’s written genuinely deserves correcting. But to my mind, considering the protagonists, this is a bit like Phil Collins having a go at John Terry. You don’t want either of them to win, but it’s funny to watch them smash each others heads in with bits of lead pipe. All the while we sit comfortably out of the way at the top of the table. Laughing.

We now go into a week with two home games and I’m convinced we’re going to see some changes for the game against Hull on Wednesday night. When you look at the opposition following that (Everton, Napoli, Man City, Chelsea), this is the last chance for the manager to give some legs a rest, and he’s already stressing the quality of the squad and the way the team plays. Speaking about Aaron Ramsey in particular, he said:

I have to treat him like all the players and give them a breather when they need it. I don’t want to put too much pressure on his shoulders and we have a game that is based on team play.

Sometimes I think we forget these are professional athletes and playing every 3/4 days is part and parcel of the job, but in a game when fine margins make the difference, keeping things fresh is important. If you look at Wednesday we could bring in Walcott to start, Rosicky into midfield, Flamini could come in, Gnabry is an option, and I do wonder if the boss will be thinking of resting Olivier Giroud.

More than anyone he seemed to be feeling the effects of playing almost every game. He’s got some big battles against some very good defenders coming up, and maybe the Hull game is a chance to let him recover just a little. It would mean something of a change of style, because unless he starts Bendtner – which would be a massive surprise – he’ll have to deploy Walcott there. We can’t expect Theo to do what Giroud does, so it’ll be interesting to see how adaptable we are.

One area where there’s unlikely to be any changes, unless forced by injury or absence, is the back four with Wojciech Szczesny singing their praises. The Pole in Goal has been outstanding this season, but he’s happy to give props to the men in front of him, saying:

I have been working hard myself but the defence have helped me massively. It is smashing to play behind the same back four every week. You don’t know how important that is. Yes I am keeping clean sheets but I have not had many saves to make.

It’s a fair point about the saves but the key thing is that when the saves are there to be made, he’s making them. His general point is a good one though. It’s no coincidence that our defensive record is as good as it has been in years when the manager has been able to play more or less the same back four week in, week out. We’ve had central defensive issues, partnerships which didn’t work, individuals who simply weren’t up to it, and a procession of full back problems for what seems like an eternity.

Now, there’s stability in the one area you most need it on the pitch, and our defensive record has improved out of sight. While not taking away from the team’s work-rate and desire to defend from the front, you can’t overlook how important it is to have the same defenders playing together game after game. It has to be a unit, and if you’re constantly having to chop and change then that’s very often reflected in the performances.

I have to admit it’s still an area I think we’re a player light in. While all the January focus will be on a striker I think we really ought to be looking seriously at another centre-half just to ensure we have enough cover should anything go wrong. In the meantime though, let’s hope the ones we have stay fit and continue to play as well as they have.

Right, that’s that for this morning. Keep an eye out later on (hopefully) for something that could solve all your Christmas present worries (if you’re buying for an Arsenal fan). Something very cool and exclusive on the way.