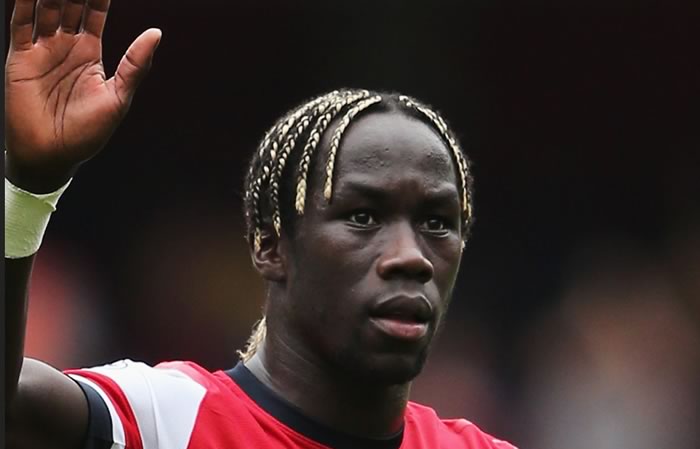 welcome to a brand new week. I’ve got no real desire to re-live the events of Saturday. It’s one of those games that’s pretty easy to compartmentalise and leave behind. I don’t think there’s any danger it will be glossed over on the training ground, but from a fan’s point of view, what more is there to say?

Yesterday saw the Mugsmashers move back into second place in the league with a 5-0 win over Sp*rs. I know people still like to suggest we’ve got problems in big games, but when you look at the way they’ve been scoring goals this season, it puts our win over them last month into much sharper focus.

Maybe they had an off day, but maybe it was because of a top team performance by Arsenal and a defence that marshalled both Suarez and Sturridge out of the game, for the most part. I know we like to qualify everything these days – the tedious ‘nothing is good’ type writing that’s become de rigueur never credits the positive side of a performance, just points out that one team was less crap than the other – but a clean sheet against them is the mark of a good defence.

Perhaps 6 goals against City could be a suggestion that it’s not as good as we like to think, but freak results happen from time to time. And you have to make a judgement based on what you’ve done over the course of the season, not just one game.

That judgement might make you think that Sp*rs, for example, have bought £100m of shite; but if you’re looking at Arsenal’s defensive record and pointing to one game as evidence of all the flaws that need broken cannon graphics while we’re top of the league, let’s not forget, then you won’t mind if I ignore that as reactionary nonsense.

Meanwhile, there’s some stuff from Bacary Sagna about his new contract. Reports last week said it was close, but he spoke to beIN Sport and although he confirmed there were talks ongoing, it didn’t sound exactly like anything was close to being done. He said:

I always had good relationship with Arsenal.I hope we’ll be concluding positively our discussion about my contract.

Which is nice, but asked about signing a pre-contract with another club in January, he also said:

Which it is, because he’s out of contract in the summer, and as such can negotiate with clubs abroad from January. I would love him to stay, simply because he’s a top quality player and despite having a difficult time after having his leg broken twice – something many people seemed to gloss over when he was struggling for form and proper fitness – he’s been splendidly consistent.

You know what you’re going to get from him, and as I’ve mentioned before, I don’t think there’s a better backs to the wall defender around. I don’t think Carl Jenkinson is ready to be first choice and while I’m not writing off any young player Arsene Wenger has faith in (we’ve learned enough by now not to do that), I’m not convinced he’s going to be the answer long-term.

So, keeping Sagna would allow us to retain a great player and give Jenkinson more time to develop – at which point it will be clearer as to whether or not he’s the man to hand the baton to. If he’s not, then we’ve got that time to find a replacement for the Frenchman.

The worry I have is that a) Arsenal will do their usual trick of undervaluing a player who has gone beyond 30 (this is known as the Logan’s Run Dichotomy); and b) Sagna himself might fancy one final move in his career. He can go on a Bosman, there are clubs all over Europe who would take him in a heartbeat and even if we do offer a good contract, he could be thinking of another experience above everything else.

Sometimes we forget the human element in situations like this. He’ll be 31 in February and it is, realistically speaking, his last chance at a move to another top level club if that’s what he wants. Obviously I’d love him to stay, but there was a feeling that he might have moved on last summer, so I think this is an issue on both sides.

Let’s hope for a positive outcome. When there were similar doubts over Theo Walcott last season he signed a new deal half-way through January, if I remember correctly, so it’s not cut and dried. However, I just have a feeling (and of course I could be completely wrong), that things might be a bit different with Sagna. I hope not.

Finally for today, the draw for the Round of 16 in the Champions League draw takes place today. It kicks off around 11am GMT [insert joke about length of ceremony here] and as we know Arsenal can face one of five teams: Barcelona, Real Madrid, Atletico Madrid, PSG and Bayern Munich.

My guess is Barça, but we’ll find out later on. News all day and reaction to that on Arseblog News. More here tomorrow.

Defensive problems obvious, but is the solution?