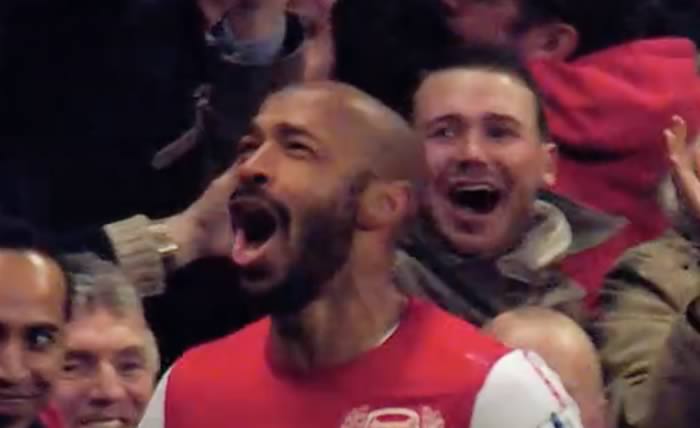 Morning all. Plague update: I have used tinctures and potions and, on the advice of the Gent, liberally dosed myself with mercury. If that doesn’t sort me out, then nothing will. I have an iron lung and Plombage balls on order just in case through.

It’s quiet around in terms of Arsenal stuff. It looks as if the players have been given a couple of days off by the boss to relax and do their own thing before the preparation for the crazy Christmas schedule kicks in. We thought 3 games in 6 days was going to be tough, look at what awaits:

That is going to push us right to the limit physically, and then there’s the small matter of an FA Cup 3rd round tie against Sp*rs on Jan 4th. With schedules like this, you don’t feel as tired if you’re winning games. The minute it goes wrong, as we saw with City’s 4th on Saturday, it’s like it all the fatigue kicks in and that’s true of fixture schedules like this one. So, momentum could be key.

It’ll be interesting to see how Mesut Ozil copes with this. Having played his entire career in leagues which take a winter break, it’ll be something of a culture shock playing every three days, and in a more physically demanding environment too. I suppose it’s down to the invidual. Lukas Podoski, for example went on a run of scoring every other game in December and January last season, nabbing 4 goals in the process; while Santi Cazorla scored a hat-trick against Reading on Dec 17th but then took another 8 games to score his next goal.

Whether those are simply the vagaries of form or some indication that the lack of a winter break has an effect it’s impossible to say. He does have Per and Podolski to fill him, tell him what to expect, so we’ll soon see, but given how hectic it’s going to get it’s likely that the manager will have to use the full depth of his squad at times.

Therefore it’s little wonder the players have a few days to chill out, even if certain journalists are exhorting people on Twitter who might have seen one or two them abroad to dish any dirt in return for some of Rupert’s filthy lucre. What a world we live in, eh?

Elsewhere, Jack Wilshere has been hit with an FA charge for making an ‘an offensive and/or insulting and/or abusive gesture’ towards Man City fans. They’re pretty much covering all their bases there, it seems. Anyway, that he made the gesture is in no doubt. There’s video evidence which is impossible to defend. The issue is how long the ban should be for.

Precedent, in the most recent case, suggests it should be one game. That’s what Luis Suarez got for the very same gesture towards Fulham fans a couple of years ago, but under a new disciplinary procedure perhaps there’s something different going on. Anyway, Jack, and the club, have until 6pm to respond to this charge. If he accepts it, he should receive a one-match ban which would rule him out of Monday’s clash with Chelsea.

It’s a game I think he was unlikely to start in anyway, given his performance against Man City, but I think it’s always better to have as many of your good players available as possible. While Jack’s form is certainly a concern, his talent shouldn’t be in question, and it’s strange to read so many comments about him from our own fans who have, in Aaron Ramsey, the perfect example of why patience is a virtue.

It’s almost the same situation. Young player, bad injury, a long time out of the game, first full season back, glimpses of the talent, played out of position, struggling for form, confidence and consistency. And where are we now with Aaron? Exactly. I don’t condone what Wilshere did, in terms of making the gesture. It was juvenile and he should know better, but it’s hardly the end of the world.

He also has to play better and perform better – regardless of the fact he’s been played wide. It didn’t seem to inhibit him too much in a two-goal performance against Marseille, so I don’t see that as a major factor really. But it might be a case he gets back on track quicker and more effectively with some backing rather than being made the latest scapegoat for all our perceived woes.

Finally for today, I got to watch the Thierry Henry – Legend film yesterday (available via iTunes – UK only). Obviously there’s a lot of great stuff in there. How he joined, how players like Tony Adams and Martin Keown ensured he knew what playing for Arsenal was about; the good times; the bad times (I think it was only the 2nd time I’ve seen that Champions League final miss since Paris … painful); and lots more.

My favourite bit, however, was when he was talking about the last ever North London derby at Highbury. He started on the bench because the manager wanted to rest him with the Champions League semi-final in Villarreal coming up, and his anxiety was priceless. He talked about how there was just no way that he could let them win the last ever derby at Highbury and said:

They cannot win the last derby game. If I’m on the bench, if a guy goes one on one with the keeper I will step out of the bench and tackle him myself.

The ‘from behind’ is just classic, and even if he did eventually depart, you can’t deny his passion for the club. The look on his face when he scored that goal against Leeds during his loan spell says it all.

For more on this video and the event yesterday: check out Tim Stillman’s review on Arseblog News. As for it only being available in the UK, I don’t quite know why that is, but I suspect it’s down to match footage and the associated rights involved. I’ll try and clarify it with the club because this is a film that every Arsenal fan should see.

Right, have yourselves a good Wednesday, more tomorrow.