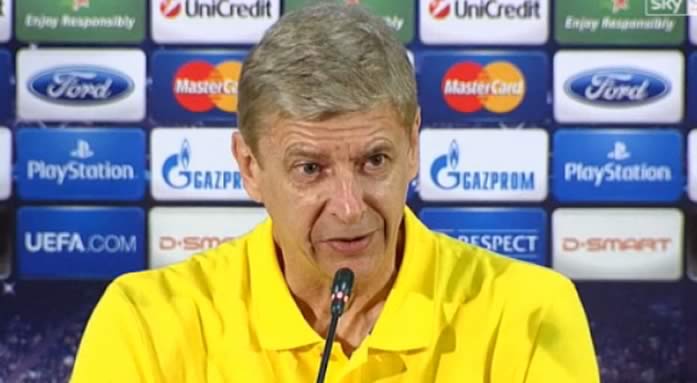 Very quiet again this morning before things ramp up tomorrow ahead of the game against Chelsea. Some interesting bits and pieces from the manager though.

I wondered, at some point last week, if we might need to take into account the fact that Mesut Ozil has played his entire career in leagues which have a winter break. It’s something the manager is considering too, but fear not, there’s no chance of him not playing against Chelsea. Arsene says:

In Germany, they have a break and we had this same situation with Jens Lehmann in his first season here. We have to give Mesut a break – but not tomorrow night. He has played a lot, but we have had a little break since we played last Saturday at Manchester City and, hopefully, he has recovered.

It’s odd that he referenced Jens who, as a goalkeeper, probably won’t have felt the effect of playing more as much. Especially when we’ve got Santi and Lukas Podolski who had to cope with it last season. I think the best way to cope with any tiredness is to win games convincingly, meaning you can take players off, because there are very few teams in this league that you can realistically think about resting your your best players against.

Despite the fact he’s an abhorrent man who I cannot stand, Mourinho on Ozil is interesting. He obviously knows him well from his time in Madrid, but whether he specifically sets out to negate his qualities tomorrow night remains to be seen. Arsene reckons it’ll be a much more even game against Chelsea now, saying:

I think it is more of a level playing field. We had restricted financial resources for years. Everybody knows that. It’s simple.

It still comes down to 11 v 11 tomorrow and of course there’s that record about Wenger having never beaten a Mourinho managed side which is just sitting there waiting to be broken. He says:

I just want my players to be focused on the game and not what’s happening between the two managers. That is not interesting.

I would find Mourinho’s unhappiness should we win tomorrow very interesting indeed. My interest would wane if we were reminded once more of that particular hex. I don’t think it’s particularly representative of anything other than Chelsea are a very powerful and strong club. Isn’t there a similar record about Mourinho never having beaten Newcastle, or something? Anyway, we’ll see tomorrow.

And finally, Arsene reveals he’s asked UEFA to rescind the away goals rule in European competition. He says:

Last year we went out on away goals and after that I asked for Uefa to cancel the away goals. Sometimes I think there is a counter-effect as teams play at home not to concede goals. At home the first thing managers say is let’s not concede goals.

He’s absolutely right. It’s an antiquated rule which, as he points out, is counter-productive. If, after 180 minutes of football, the teams have scored the same amount of goals, where they were scored shouldn’t be a factor. Play some extra time or have a penalty shoot-out which, while still described confusingly as a ‘lottery’, is actually a test of football skill under intense pressure.

That’s a much fairer way of deciding games than a quirk of geography.

Right, that’s your lot. Back tomorrow with a proper preview of the Chelsea game. In the meantime, have a good Sunday.