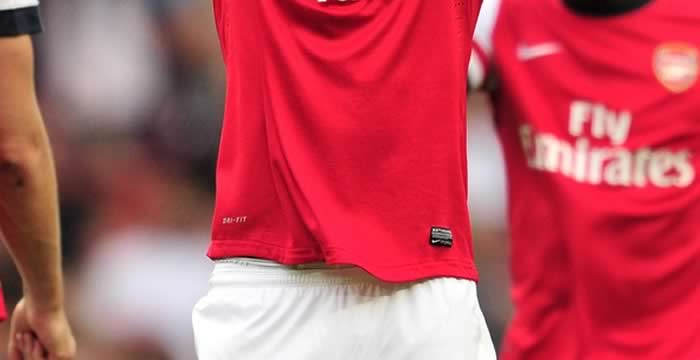 Regardless of what you think about this season’s Manchester United, the fact remains they are still the team to beat.

They’re the defending champions, with a track record of sustained success. They have excellent players, plenty of experience, and the know-how to win big games. And make no mistake, this is a big game. We know it, and they know it.

While the idea of Wayne Rooney trying to play mind games is somewhat hilarious (because he’s thick, this is not a subtle post), the fact that he spoke publicly this week to play down our title chances tells you one thing and one thing only: they know we’re in the mix.

We’ll have to wait and see where Arsenal are in March. We’ve seen before that they’ve been in the top two until February or March and then faded away.

Which, in fairness, isn’t the most unreasonable thing anyone has ever said. It’s still just November and there’s a lot of football left to play, but you generally don’t bother with this kind of thing unless you view the opponent as a threat. The thawing in the icy relationship between Ferguson and Wenger may have had something to do with time, but mostly it was because he knew we weren’t the same Arsenal.

You can be quite sure that things would have become frosty as soon as he viewed us as a threat again. In a way it’s kind of a shame that he’s not still around. To see Wenger and him lock horns again would have been fun. That period when it was Arsenal or United for the title, great players on two great teams, was sensational. However, he’s gone and United have David Moyes. A man with a lot to prove.

The doubts that already exist about his United tenure will be exacerbated by the wrong result today. The right one will win some people over. Even we have to keep proving ourselves. The quality of the opposition we beat is dismissed in the wake of each victory. Liverpool’s striking duo written off despite showing their prowess either side of our fixture. Napoli? Sure they’re only second in Serie A behind the best Roma team in years, how good can they be? Dortmund had a bad night in front of goal, otherwise they’d have won.

Today, even if United aren’t the same kind of outfit without Ferguson, there can be no qualifying our result if we take three points. This is the same group of players, plus a fuzzy-headed Belgian that many Arsenal fans wanted us to sign, that won the title last season. You don’t become crap overnight. The stature and quality of their manager might have changed, but throughout the game I don’t think that’ll be an issue. The players know what to do and how to do it.

From our point of view we go there full of confidence and belief, but I’m sure with humility too. Arsene Wenger has been keen to play down our position, and even our form, urging his players to maintain their focus. It’s a fine line between confidence and over-confidence. Dortmund showed us that in the first game at the Emirates a couple of weeks ago and I said at the time it might just have been a good time for us to learn that lesson.

Although we lost to Chelsea in the Capital One Cup, beating Liverpool and Dortmund since, with two very different displays, showed that we’ve taken on board what happened. We’ve been solid and professional, and we’ll need more of the same there today. Any slight hint that we’re taking this lightly, that we’ve underestimated them, that we think we can achieve good results without giving the maximum, will see us punished. I’m sure the boss will be keeping feet on the ground as much as possible.

In terms of the team, if Flamini’s fit he’s a starter, probably at the expense of Tomas Rosicky. The Czech was brilliant in midweek but he is 33 now and does require a bit more care than most. Plus, he gives us a real option from the bench, somebody whose energy can completely the change the dynamic of the game if we need to do that.

And while we’ve got to respect the opposition today, I don’t think we’ve got anything to fear. In previous years the gulf in quality between the two sides was painfully obvious, that is not the case today. They might have the edge up front, but in midfield we’ve got so much that can hurt them. We’ve got a defence that is as solid as anything we’ve seen in years, a goalkeeper in great form, and a team that works for each other in every area of the pitch.

Why should we be afraid?

It’s going to be difficult and we’re going to have to play well to win. It’s one of those games that both teams would probably take a draw from, but United have to avoid defeat much more than we have to win. An 8 point gap could become 11, or 5. There’s a lot at stake today, but for the first time in a long time I suspect United are worried about playing Arsenal.

If we can prey on those doubts, get under their skin and perform like we have done for most of this season then it could very well be our day.

Kick off today is 4pm, feel free to join us for the live blog which will bring you up the second updates. Check back for a post later on or bookmark our default live blog page, updates begin automatically, no need for you to refresh.

Also, if you fancy betting on the game, sign up with Paddy Power, bet £10, get £20. Click here to register.

Finally for today, the boy Bendtner has opened his mouth and put his foot well and truly in it. Some comment in this news piece but we’ve got far more important things to deal with today.

Right, time for breakfast then waiting around until kick off. Come on you Gunners.