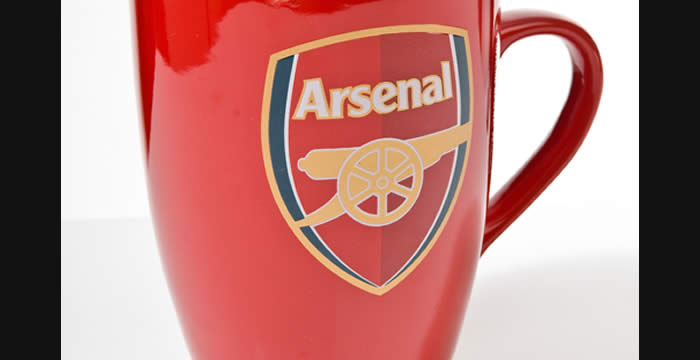 Early start, quick blog, and it’s the Mugsmashers at home today kicking off a period of games which looks tough on paper and will be just as tough on the pitch.

Their start to the season has been pretty good by their recent standards, and in Sturridge and Suarez they have an old school forward partnership that is in some serious form. There was nothing new or unexpected in terms of the team news from our point of view. Gnabry remains out after his ankle knack while, as expected, Mathieu Flamini will miss out.

When you look at what’s missing, adding Oxlade-Chamberlain, Walcott and Podolski to the mix, it’s hard to worry that it won’t catch up with us at some point, but I still think we’ve got plenty that can hurt them.

It’ll be interesting to see what the manager does in terms of his team. Mikel Arteta will obviously anchor the midfield with Aaron Ramsey just ahead of him, but but will he play Wilshere or Rosicky in one of the wide positions? Jack has been struggling for form, despite some recent goals, and Rosicky would bring natural balance to the team if deployed on the right hand side with Cazorla on the left.

Rosicky’s high energy pressing high up the pitch could also be the first part of denying service and space to Liverpool as they look to feed the strikers. At his press conference the manager talked about how the best way to diminish their effectiveness is to keep possession, but we have to have a plan for when they do have the ball, and Rosicky could be a big part of that.

Today’s game has been labelled a test for Arsenal, but let’s not overlook the fact it’s one for them too. Sure, they might have beaten Manchester United at home, but we beat Sp*rs, and United have been so bad this season they might as well be Sp*rs. So there’s little to take from Liverpool’s victory, and really people look too closely at these kind of things.

Ultimately it’s all about what you do on the day. Our record against the best sides has been somewhat iffy in recent seasons but it’s been good against Liverpool. We’ve got good players in good form and plenty of goals in the side, and the recent poor results have been borne, primarily, from our own mistakes. Cut them out and we’re tough to beat.

I’m also hopeful that after a spell on the sidelines which has seen him lose some of his natural sharpness and rhythm, we’ll start to see the best of Santi Cazorla again. It’s funny that the idea of playing a game like this without him last season was unthinkable. Now, with Mesut Ozil in the ranks, the burden is no longer as great, and hopefully after minutes under his belt in the last few games he’ll start to click again.

The idea of him and Ozil playing together was an exciting one, but we haven’t seen the best of it yet by a long, long way. Today would be a marvelous time for them to begin to dovetail.

Arsene says of today, and the games to come in the next few weeks:

In the kind of games that we play, you always find out a lot about your squad. I don’t need to find out too much because we are a very stable team who, since January 1, has taken more points than anybody else. I learnt a lot about my team through the spring period when we had our backs to the wall and had to win every single game. I know how strong these guys are and how much they want it.

It’s time to show that the defeats to Chelsea and Dortmund were just a little blip and not a cause for major concern. I think we’ve got enough in us to cause Liverpool some real problems, mindful of what they’ve got at the top end of the pitch. Cut out the mistakes, go back to doing what we’ve done so well since the opening day of the season, and I think we can take the points. It might also be worth bearing ind mind that if it’s level late on, we don’t need to go chasing it like we did in the Champions League.

As I’m heading over this morning with the Mugsmasher himself, Tom will be here for all your live blog needs later on. Simply check back here for a post with all the details or bookmark our default live blog page which works on all devices, mobile, tablets etc. Also feel free to join the people who watch the game, and chat in the live blog too. Details in the next post.

Right, time to go, see some of you in the usual place, I hope. Let’s smash some mugsmashers.