Good Friday to you.

I have the *boilk* due to consumption of wine and beer. Never mix the grape and the grain they say. But they’re both so delicious. Why would life make something like this so difficult? Anyway, I’ll struggle on. You don’t worry about me.

All eyes now turn to Old Trafford on Sunday and the Arsenal players know how big a game this is. I mean, it’s always a big one simply because of who they are and who we are, but right now we’re 8 points clear of them in the league and it feels like there’s more to play for than just points on Sunday.

There’s a psychological aspect to this game which really shouldn’t be overlooked. I know it’s easy to do that, getting sidetracked by the idea of Mathieu Flamini saying hello to Robin van Persie again. I can’t be alone in thinking: 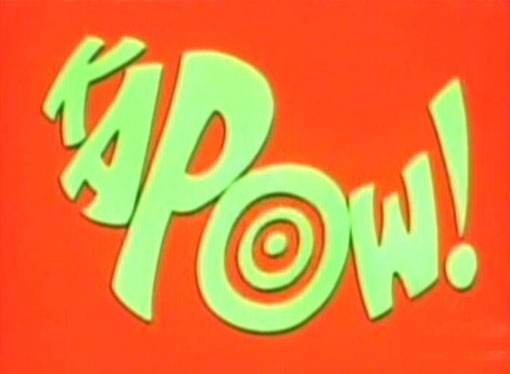 I know I’m not. I can see it now. The Dutch Skunk scuttling his way towards our goal with the ball, looking back at the United midfield with Cleverly and that Oprah Winfrey they paid £30m for while watching Rosicky, Cazorla and Ozil and thinking ‘I’ll show you, Wenger’, and then from the corner of your eye you see Flamini racing towards him and then it’s all LAUREN ON RONALDO.

I want to see him spinning into space like General Zod in a mirror. I want to see him shatter like Johnny Hates Jazz’s dreams. I want him to be like the coyote when Roadrunner somehow manages to avoid his 10 ton ACME weight and then he stands underneath the trap only to discover that the trap is fine it’s just that the roadrunner is a total arsehole. I hate the roadrunner but if he’s the coyote I’m happy to change allegiances.

So, as I say, it’s easy to get sidetracked, but the point is if we beat them we go 11 points clear. 11 points. Who’d have thunk it. Aaron Ramsey says:

It is going to be another massive game – this was always going to be a big week for us and we couldn’t have got off to a better start. Hopefully now we can go to Old Trafford and finish the job off. We are feeling really confident at the moment and we’re in good form in the league, so why not go there and win?

What a blow that would be to them. There’s a flip side of course, but I don’t feel like thinking about that now. Plus, even if that flip side came into play I don’t think it’d damage us really, but us putting 11 points between us would make things at Old Trafford worse. And I, for one, would welcome that. Just because van Persie wouldn’t like it and maybe I’m a small, petty man but frankly I would love the taste of his tears of unfathomable sadness.

It would be an amazing week to get nine points out of the three games. Probably not a lot of people expected us to do so. There’s not a better time for us to go to Old Trafford, we’re confident, we’re enjoying our football, so we’re looking forward to it.

The fear factor, going to Old Trafford, is something that’s always been there in the Ferguson years, but I don’t think it’s the same with Moyes. Mostly because it’s a different kind of fear. More like the fear of going to the bathroom after a night of Guinness, chillis and kebabs than anything truly scary. Which isn’t to underestimate them in any way, but I think you know what I mean.

Anyway, there’ll be lots more to say about this game over the next couple of days and I could probably elucidate my thoughts better if my head didn’t feel like it was about to explode off the top of my head. So, I think I’ll just bang on about this week’s Arsecast.

I’m joined by Tim Clark from @Arse2Mouse to discuss things from an Arsenal point of view, and giving us a Manchester United perspective on Sunday’s game and their season so far is Musa Okwonga who writes for ESPN amongst other things. There’s also some Amaury Bischoff PI and the chance for you to win some goodies from the fantastic people at Savile Rogue

And remember, if you want to make any order from the Savile Rogue store

just use the code ARSEBLOG13 at check-out to get yourself a delicious 10% discount.

Right, news from press conferences and the like throughout the day on Arseblog News, more here tomorrow. Now, there is a pressing need for more coffee and bacon in some kind of sandwich.