One finds oneself Interlulled into extended periods of somnolence this week, only wakening to hear news of our lads in the international senior England squad and their progress in sending us through to the World Cup.

Before we examine their deeds I should like to suggest to the hacks and scriveners of the fifth estate that they drop this excessively irritating pretence that international football is of the highest standard in the world. Ladies and Gentlemen, what we witness seemingly every three to four weeks is foot-ball akin to the middle of the Championship. It’s like Spurs v Stoke, every time.

Still, we can take succour from the performances of the chaps in the England Senior XI. Sailor, Goring-Hildred (nursing a shrapnel wound) and Mr. Costerley were all in fine form, and Lord Peregrine Meatlocker even bagged one on Tuesday evening against a junior England XI featuring bit-part infants like Andros Townsend, creaking old cheat Steven Gerrard & Frankenstein ‘Tubby’ Walker. Meatlocker proved he is no flat-track bully by pinging in a noggin bobbler in the first half. Mr. Orwell was unavailable due to a recurrence of a respiratory problem he picked up when working as a miner.

I have been diverted this week yet again by Theo’s wonderful and revealing autobiography – please see below. 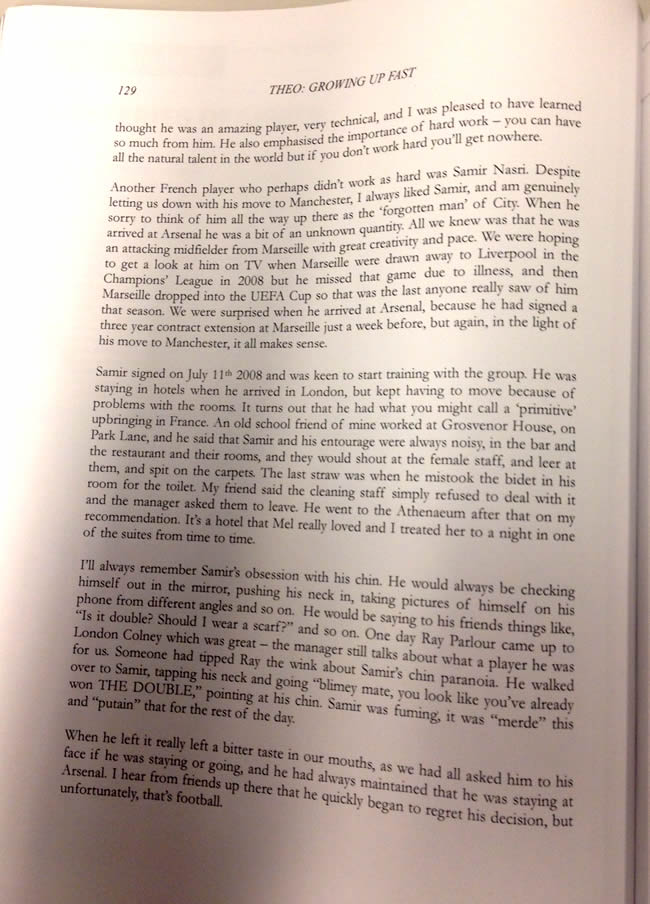 It was pleasing to read an interview in this week’s Manchester Guardian with Mr. St. John Cousins. Normally of course this newspaper is banned from Gentleman Towers, due to its communist sympathy, but Mr. Lowe has drawn out St. John in great style. Particularly his fulsome praise for messrs. Flame & Goring-Hildred and his delight at the arrival of Mr. Orwell.

Rather than fear for his own place as Arsenal’s ‘striker’s valet’, he recognised the delightful opportunity for what it was. After all, our number 11 is the Wandsworth Wizard, and there is only one Wandsworth Wizard.