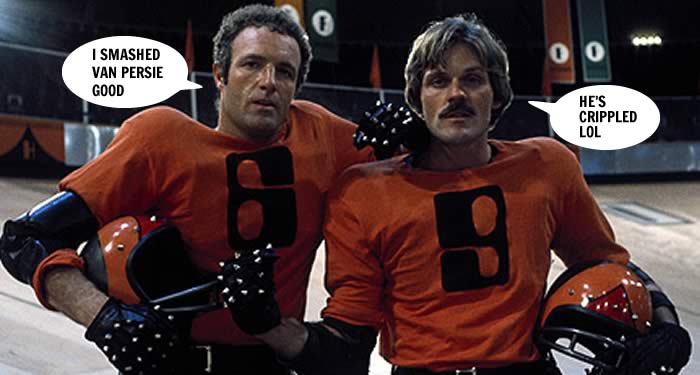 Would it better if humans had just two states – awake and asleep?

No snoozing, dozing, coming to first thing in the morning. No becoming aware of the tiredness and the aching. One moment you’re asleep, the next you’re wide awake. Perhaps in future folk, when we inevitably fuse the human body with technology (not that we don’t already with pacemakers and such), we can simply set our awake/sleep with a touch/gesture, like we do our mobile phone alarm clocks.

When Google Glasses become Google Corneal Implants, we could simply head for bed and decide, “Hey, I’ll read this new Donna Tartt novel for 30 minutes. Actually, better make that 45 because it takes her so long to describe anything that half an hour just won’t do.”

Then, we set the wotsit for 6 hours sleep (depending on what time we need to get up the next day), read happily, and then bang, conked out. The next thing you know it’s morning and you’re not sliding the thing across on the phone to give you 9 precious minutes of sleep that really only makes you feel worse.

I imagine there would be some teething problems with this in the beginning. People who get AM and PM mixed up – there are some, you know there are – might be happily driving along in their car in the middle of the day and then all of a sudden are programmed into sleep because they refuse to use the 24 hour clock.

It could cause almighty problems if said person was speeding down a motorway, for example, careering through the barriers and into oncoming traffic, but one would hope by that time each car on the road would have its own force-field and self-driving capabilities, therefore fatalities could be avoided.

I suppose there are other occupations that may need to ensure the technology is fire-proof before using it. I wouldn’t fancy being operated on by a surgeon who falls fast asleep in the middle of Cripplectomy, the operation that un-cripples a crippled person (perhaps by someone going asleep at the wheel/joystick of his car). Or being waited on at a fancy restaurant by somebody who nods off and then dumps a steaming hot bowl of mulligatawny soup in my lap.

I’m sure there’ll be many advancements in medicine and plastic surgery which would help un-scar my inner thighs and important bits, but scalded testicles are something I’ve been very keen to avoid for most, if not all, of my life.

Then you have to wonder if, at some point, we’ll incorporate these kind of advances, not just the sleeping one, into top level sports people. What will the Arsenal team of the future look like? They will surely be able to run faster, jump higher, shoot harder, tackle stronger, and read the game better due to the computer technology inside them.

Will we have to make the pitches bigger? The goals smaller? What if, due to the near indestructibility of the human being, football embraces the violence that has always pervaded the game and we end up with some kind of Association Football/Rollerball hybrid. Where acts of skill and jaw-dropping on the ball brilliance are combined with a do-what-you like brutality. Anything goes to prevent a player from scoring.

Flying elbows, kicks, knee smashes, faces being planted against the cages in which the game is now played as the crowd bays for blood. And goals. Of course goals. But mostly blood. Because this is an over-crowded, over-populated, dystopian world we live in and the only thing that takes our mind off the chronic lack of space and the huge disparity between the wealthy and everyone else is watching other people hurt themselves for our entertainment.

“It could never happen!”, you say? It’s happening already. X-Factor is exactly that but with singing. Broken people laying themselves bare in front an audience who care less about the quality of their voice but more about their humiliation, their regeneration, their fame, and then their tabloud humiliation again as their crappy star fades. The sadder the story, the more pain that person has experienced in their life, the more they enjoy it.

It’s a short hop from there to football, let me tell you. You think BT and Sky pay all that money because they love the game? Pfffff. We’ve got a World Cup about to happen in the fucking desert in a country whose human rights record is appalling. They are holding a footballer captive right now and they don’t care what anyone thinks. The football leagues we all love and have known since we were kids will be disrupted and moved around because a corrupt organisation was bought off by rich people.

If the very fabric of the game can be cast aside because money talks loudest, then anything can happen and there’s nothing any of us can do about it. The associations that have sanctioned this abomination of a World Cup should be ashamed of themselves. Fans should, but won’t, boycott it. Players ought to take a stand, but they won’t.

And their kids will end up playing Rollerball and having their teeth smashed in because that’s what the TV companies have convinced people they want.

Still, at least we’ll be able to go sleep at the touch of a button.

Improve football for the sake of football, not television