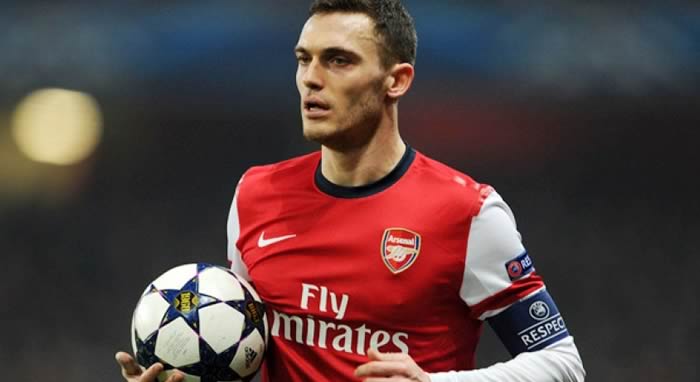 I can feel it. Smell it. Taste it, almost.

The Interlull is coming to an end with a round of games tonight and then we can get back to the real stuff. The exciting stuff. The stuff that matters. The top of the league stuff. The red shirt, white sleeves stuff. That’s the stuff I like. If I got a chicken and it was filled with stuffing … nah, I’ve gone too far with this.

Anyway, there are some games and after those games our players come home, hopefully free from scrapes, scratches, scromples, slashes and scars. England are in action against Poland with Jack Wilshere tipped to start. Elsewhere, Germany play Sweden, France take on Finland and somebody else plays some other bunch of chaps who may or may not have an Arsenal connection but frankly I can’t be arsed to check.

I don’t know, for example, if Thomas Vermaelen will play for Belgium, but he’s touched on his situation whilst away with his national side. I suspect we’re about to see a veritable truckload of ‘Vermaelen to leave in January’ guff, but that’s only because that’s the story that will attract most flies.

The captain, such as he is, is pretty sanguine about his current predicament. Having only made two appearances this season, and with just two starts in Arsenal’s last 23 matches, it’s understandable that he’s getting a bit antsy. However, there were good reasons why he was dropped and in his absence the Mertescienly Axis has become very effective indeed. You just don’t break up a partnership like that and getting back into the team is going to be a challenge for him.

But he knows that one injury or one suspension opens the door for him and when the time comes it’s up to him to give the manager something to think about. He says:

People ask me if I panic because I’m not playing a lot but I’m not. I have spoken to the manager but it will remain private between us. Things can happen in a split second and change my situation. That can happen tomorrow or next weekend.

It can’t be easy to from being an automatic starter, and skipper, to sitting on the bench, but that is part and parcel of football. If you don’t play well your place is in danger. And although Vermaelen didn’t play terribly, he was consistently below par and that’s what prompted the change.

Unlike Wojciech Szczesny, who found the door opened for him again very quickly after his benching due to Fabianski’s injury, Vermaelen has had to sit and watch Mertesacker and Koscielny form an extremely solid partnership at the centre of the Arsenal defence. It can’t be disrupted for the sake of reputation or seniority. It can’t be disrupted because the manager feels sorry for a guy who’s not playing.

Sometimes it takes a while to get the chance again and that’s very much the case with Vermaelen. There’s absolutely no chance that we’d do a deal in January just to keep his World Cup hopes alive. I think it’s kind of forgotten amidst all the good form we’ve been enjoying that we’re still a little bit light in the centre-half department with just three established players in that position. Our back up is Bacary Sagna, still our best right back by some distance.

And there’s a lot of football still to come this season. Vermaelen’s chance will come, no doubt about it, and he’s got to be ready to take it when it does. He’s got to prove to the manager, and probably himself at this point, that he can operate at the required level again. If he does then it can only be a good thing for the team. Genuine competition for places ensures that nobody becomes complacent, and it’s hard not to think there was a touch of that affecting the Belgian last season.

For a time the armband provided a kind of shield. Like it or not it’s more difficult to drop the man who leads the team out, and it was Koscielny, the stand-out defender the previous season, who found himself watching from the bench after injury had affected his start to the season. Look how things changed. And they could change again. What the long-term future holds is anybody’s guess at the moment, but we’re still very much in the infancy of this season. A lot can, and will, happen.

Finally for today, an interesting read on the official site from the manager about Mesut Ozil and his signing. He talks about the process:

When I first contacted Real Madrid, things were quite open. They also needed time for Carlo Ancelotti to get to know his squad better, so he could make a decision. So all these aspects put together explains why it happened so late.

I had been in contact with Mesut before, when he first went to Real Madrid three years ago. I spoke to him back then on the phone, in the end he told me he wanted to go to Real Madrid, so I wished him well. He knew that I wanted him for a long time, and this was not the first time I tried to sign him.

Of course, it’s a big responsibility to spend that amount of money. But I feel comfortable with it because we had the money to do it. Before we couldn’t have done it because we didn’t have the money available. It’s as simple as that.

Well worth a few minutes of your time. Right, that’s yer lot. Till tomorrow.