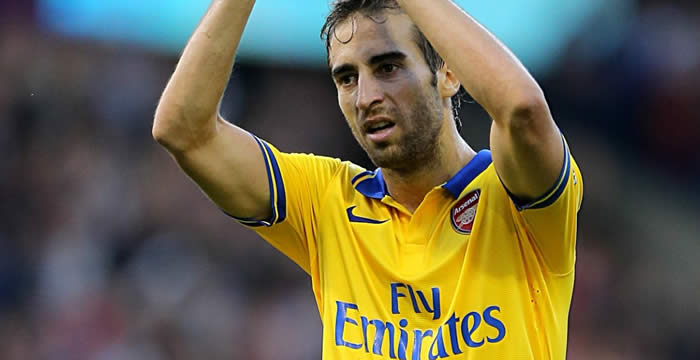 There’s not a great deal to say about the game this morning other than it provides us with a good chance of getting back on track after the midweek disappointment.

It seems like it’s a good time to play Palace. They might have lost their manager but it’s hardly as if the players have been freed from the tyrannical yoke of some monster. The monster, in the be-capped shape of the Goblin King, is still to come and today they’ll be managed by the man who failed to turn Gunnerblog into a top level footballer (see yesterday’s Arsecast for more details on that).

From a team news point of view the only worry we have is Jack Wilshere who faces a late test on his ankle and to be honest I’d be be surprised to see him start even if fit. He struggled against Dortmund in midweek and despite the two fantastic goals in recent weeks, he seems the most ‘restable’ of our midfielders.

Mathieu Flamini is back and will almost certainly start. Firstly to add that bit of dynamism and aggression to our midfield, but also to pick up the yellow card that will see him suspended for the midweek game against Chelsea in the Capital One Cup. That means he’ll be available for the games against Liverpool and Man Utd without having to walk any kind of suspension tightrope. It might be cynical but, as we discussed on the Arsecast, it’s also sensible.

There are other changes the manager could make and the centre of defence is an area he’s going to have to look at. Our lack of depth in that area means one of Koscielny or Mertesacker may have to start there in midweek so he could decide to rotate a little today. Or, he could use Sagna there in midweek, starting Jenkinson at right back today.

Mesut Ozil’s quiet performance on Tuesday was down him to feeling the effects of a virus, according to the manager so hopefully with behind him he can produce against a Palace defence that has been leaky, it’s fair to say.

I think Santi Cazorla will come back in, probably replacing Wilshere, and I suspect the manager will go as strong as possible from the start. Ideally things will be comfortable and he can then look to take players off, but we know well how things might not go exactly to plan. Certainly our form and quality makes this a game from which you would expect three points but you just never know.

What midweek reminded us was that we have to be switched on and fully focused for the 90 minutes, regardless of the opposition. If you give the ball away on the edge of your own box you’re as likely to be punished by Palace as you are Dortmund. And if players don’t track runners, it creates danger that can cost you games.

It’s been a feature of our play, and recent form, that we’ve done the obvious, sensible things well, and against Dortmund we were caught out when we forgot that. As I said at the time, there’s no real harm in being taught a lesson now and again, and hopefully today we’ll see that focus return all over the pitch.

It’s an early kick off so there’s little time this morning to do anything other than get ready for action. I believe it’s available on BT as part of a free weekend, so check out your cable/satellite wotsit to see if you’ve got it.

If not, or you’re stuck somewhere without the ability to the see the game, we will have full live blog coverage for you. Simply check back here for a post with all the details or bookmark our default live blog page which works on all devices, mobile, tablets etc. Also feel free to join the people who watch the game, and chat in the live blog too. Details in the next post.

Right, here’s to three points. Catch you for the live