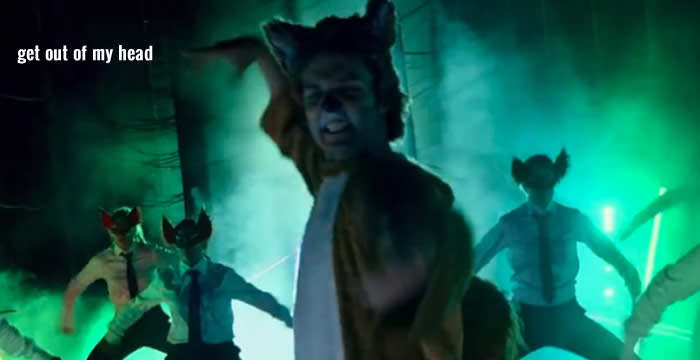 It’s a bank holiday here so by rights I should be having some kind of extra sleep but when you wake up at 5.05am and your head is playing ‘What does the fox say?‘ over and over again it’s kind of difficult to get any rest. Stupid catchy Norwegians.

The top of the Premier League table remains very tight with Chelsea having beaten Man City yesterday thanks to a late howler from Joe Hart. Wash the dandruff out of that, you gimp. A draw would have been nice for us, obviously, but on the other hand it gives us another chance to enjoy the quiet, understated celebrations of Jose Mourinho.

What I like is that it’s never all about him, or anything. He has no desire to be the story, to be the one at the centre of attention at all times whether it’s good or bad. And he’s certainly not the kind of manager who would behave in such a way that would wind up the opposition manager. It’s obvious that time away from England, in leagues where gamesmanship and flim-flammery are rife, has changed him for the better. Who will he poke in the eye next?!

That said, I did like Pellegrini’s justification for not shaking hands with Mourinho at the end of the game. ‘I didn’t shake hands. I didn’t want to.” Fantastic. He simply didn’t want to. And I’m 100% behind him on that for when the inevitable media backlash occurs. Or does that only happen when a foreign manager doesn’t shake the hand of a British one?

It’s always been one of those customs that people put way too much importance on and on the few occasions when Wenger has failed to shake hands it’s become a huge scandal. As if somehow he has betrayed the spirit of the game and brought shame on the club in the process. Total nonsense, of course. If somebody spends 90 minutes acting like a twat then at the end is outraged when the person he’s been behaving badly towards decides not to shake hands it says more about them than anything else.

Hypocrites, basically, who hide behind tradition to deflect from their own poor behaviour. And let’s not forget some managers, some orange, saving people from jumping off the Humber Bridge but that person didn’t really exist at all managers, even go so far as to take to the airwaves and invent a whole load of times that a handshake didn’t take place when, in fact, there were handshakes galore.

Frankly, the only way I’d ever shake hands with Mourinho is if I was wearing one of those comedy buzzers. Except as well as buzzing it injected the other person with a serum that gave them Ebola of the gonads. Incurable Ebola too. That also promoted vestigial tail growth. And angry piles.

Anyway, I’m team Pellegrini. Especially as he keeps playing Joe Hart and Gael Clichy, the Lloyd Christmas and Harry Dunne of defending. Thanks, man. It means a lot.

From our point of view we’ve got Palace put behind us and although the next real test is the Mugsmashers at the weekend we’ve got to contend with the Capital One Cup against Chelsea tomorrow night. I have to say I’m pretty indifferent about this game. It gives the manager a chance to play some of the guys who have been on the bench for most of the season and rest some of the players who have been doing it every week, but it’s how much he decides to rotate that will be interesting.

Will some of them be on the bench or is he going to Eisfeld and Akpom his way through this game? My feeling is that as much of our focus as possible should be on the league this season. That means ensuring our best players are fit and healthy for that competition and so, a game like the one tomorrow night, is one that almost becomes expendable. I’m not saying we shouldn’t try and win it, but it’s not so important that we should risk injury to an Ozil or a Ramsey, for example.

It’s a tricky one for the manager. When you look at the games following Chelsea – Liverpool (h), Dortmund (a), Man Utd (a) and the somewhat overlooked challenge of Southampton (h) – it’s hard not to look at tomorrow as a chance to recharge the really important batteries. There’s the danger of momentum and confidence being affected, but to me this game feels almost like an aside, an inconvenience, rather than one of vital importance.

I guess we’ll see tomorrow what kind of team he selects. I think it’ll be one heavy with youth, bench included, and I think that’s probably the right way to go.

Update: Forgot to announce the winner of the Capital One Cup tickets competition. It’s Neale Ricotti, well done, I’ll be in touch.

Is it pasta or something much more terrible?