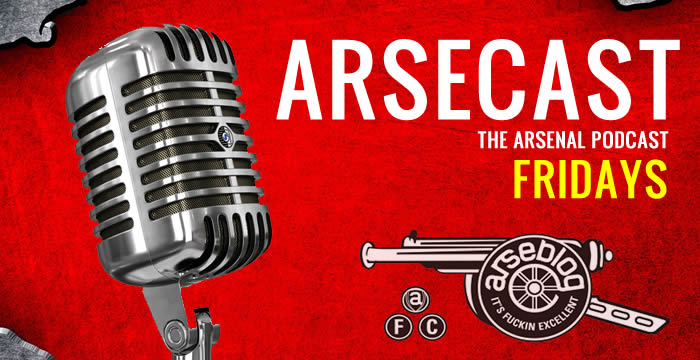 Dare I say it?

I don’t blame the club for milking it either. Why the hell not? It’s not every day you spend £42.5m on one of the best players in the world, so it’s little wonder he’s omnipresent. On the main site, the Twitter, the Instagram, the Tumblr, the Linkedin, the Bebo, the MySpace. I bet they even have a profile of him on Friends Reunited. Is that thing still going?

I get it, but at this point I really just want to see him play. At his unveiling yesterday (apparently the first time we’ve done that with a player since Jose Antonio Reyes nearly 10 years ago now – feel old? Yeah), Arsene Wenger admitted was a ‘possibility’ that he’d start tomorrow against Sunderland. It was funny seeing one of the tabloids (that one nobody reads online any more since they went behind a paywall) suggest he was in for a ‘shock’ start at the weekend.

It’d be more shocking if a hugely talented player who cost almost three times Arsenal’s old transfer record didn’t start. The player himself says he’s not worried about the physicality of the Premier League:

I’ve watched a lot of Premier League games. Of course it’s very physical but this is a man’s sport.

That’s what we want to hear. Of course there’ll be some measure of adaptation, but as I said yesterday, he’s far too good for that to be a serious issue. Get him out there, get him playing, and get things moving forward with the team. The more he plays, the quicker his integration will be, and the better we’ll be for it.

Meanwhile, Arsene Wenger was asked about his new contract and was quick to play things down. Earlier in the summer Ivan Gazidis spoke about talks between the two over a new deal, but yesterday Arsene was much more coy about thing, saying:

There’s no need to plan. We are in no hurry. We are in September and my contract finishes in June. There’s a long way to go. I’ve said many times I want to do well with this club and in the end I will sit down and think how well have I done with the team I have had. That has to be sufficient for me to decide yes or no. One of the main judgments you can have about a manager is how well he does with his team.

I think that’s the right way to go, to be honest. There are some who will suggest that the long-finger is a hint that this might be his last season anyway, that he fancies something different. Others might say there’s an element of self-awareness to it, that while signing Ozil is a wonderful thing and a big step forward, ultimately the team is judged on what it does on the pitch and it doesn’t take much for the knives to come out at the moment.

In the midst of all that, regardless of how you feel about the boss, there’s the testimony of Ozil who has spoken more than once about how important Wenger was when he made his decision to come here, something he did again yesterday:

I am really happy to be here under such a great manager. That was the most important, what he thinks about me, what his plans are with me, and I decided to come to Arsenal because I have the trust. When I spoke to Arsène on the phone, he was full of respect and, as a player, I need that.

I don’t think there’s any real problem or issue in letting things run as they are. Arsene, and Arsenal, have done this before and maybe the best place to make a decision about this is in the future anyway.

Right then, onto this week’s Arsecast and joining me to talk about all kinds of stuff but definitely not Mesut Ozil is Adrian Clarke. Ok, we talk about Ozil. But also about Jack Wilshere, the team’s response to the opening day defeat to Villa and other stuff too. There’s also some Amaury Bischoff PI and the usual waffle to enlighten/ruin your Friday.

Also, check out the Clock End show page for details of how to get involved with Adrian every Monday.

Right, that’ll do for this morning. News throughout the day on Arseblog News, back here tomorrow with a full preview of Sunderland and anything that crops up.