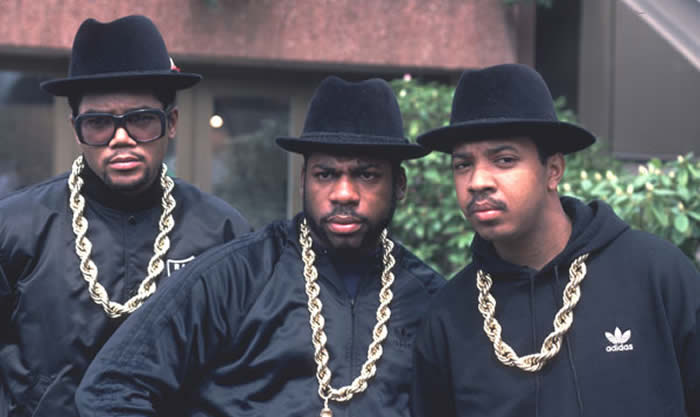 No updated injury news yet but I believe Arsene’s press conference takes place today so we should get the latest at that point. It doesn’t seem as if anyone beyond Rosicky has had a problem, so fingers crossed that’s still the case.

Mesut Ozil arrived in London yesterday, sporting a Run DMC hoodie, and he’ll have a couple of days to get his bearings before he is asked to get involved against Sunderland. The absence of Rosicky makes an Ozil start much more likely, in my opinion, and to be perfectly honest I don’t think it should be a concern to anyone.

He’s done pre-season, he’s match fit, and if the Stadium of Light is something of a culture change then fair enough, that’s all it is. It’s simply a game of football at the end of the day, and he’s played in hundreds of those throughout his career against diverse opponents. Some physical, some not. Some fast and furious, some not. You can be sure there’ll be one or two ready to ‘welcome’ him to English football, such is the way of things, but the only concern I would have is the lack of time he’ll have had with his new team-mates.

And even that’s a bit of a worry about nothing much. Of course relationships will develop over time as he gets to know them, and vice versa, but the idea that he’d be floundering around, unsure of what to do and how to do it is, frankly, ludicrous. Start the shite out of him, I say.

Former Gunner Jens Lehmann had this to say about his countryman:

I think he could boost the other players, boost the supporters and even the club. Making a big signing, finally, after years of not signing a big player for big money, could be a boost for the whole club.

Interestingly, he also suggested that the capture of his former teammate, Mathieu Flamini, could be just as important, so time will tell on that one.

Lukas Podolski – t-shirt with a tuxedo printed on it

Lots of stuff in the papers this morning about Jack Wilshere in the wake of a couple of average displays for England. I’ll be honest, I didn’t see either of them, but this stuff strikes me as the classic knock down after the classic build up. Jack is clearly a fabulous talent but has struggled with injury for the best part of two seasons.

This summer is the first time he’s had an uninterrupted pre-season for three years. He’s yet to find anything approaching form and rhythm for his club so why would it be any different for his country? Especially when that particular national team is roundly criticised for its displays. Wilshere is only one part of that, not the cause of it.

I don’t think there’s any Arsenal fan would claim that he’s even close to being the finished article, so why is the level of expectation so high from members of the press? Partly because they built him up in the first place, recognising that his talents are almost unique among young English players, but the guy has yet to find a fixed position at Arsenal yet. Is he part of a holding duo? The link man between the anchor and the attacking midfielder? Or is he the number 10 that Arsene Wenger believes he can be at some point?

Right now he’s none of those things. First and foremost, he’s working to maintain fitness and play on a regular basis. He’s got to convince people, and probably himself too, that’s he’s capable of staying fit for the duration of a season. After that he can start to concentrate on his football more, on what he’s good at and fulfilling that very obvious potential. They need to lay off him a bit, right now it seems like he’s the easy target when there are others far more deserving of the over-analysis.

And staying on an international theme, The FA released a statement yesterday condemning the former U21 boss Stuart Pearce for his criticism of Alex Oxlade-Chamberlain and Phil Jones. They said:

The FA are disappointed with the comments of Stuart Pearce with regard to squad selection this summer. Squads were selected for the summer tournaments and decided upon by the coaching staff, including Stuart Pearce. The players were then advised accordingly which squads they were in.

Which pretty much puts him in his place, although it’s amusing that The FA chose to employ him for so long when it was quite obvious ages ago that change was well and truly necessary.

Finally for today, our competition to win a pair of Olivier Giroud’s signed boots attracted a record number of entries but the RNG has done its thing and the winner is: Gerald Franklin. Well done to you, sir. I’ll be in touch to get your details and we’ll get the boots sent to you asap.

Right, that’s that. Back tomorrow with a more thorough look ahead to the weekend and, of course, an Arsecast.

ps – second finally, if you fancy watching the U21s in action they’re playing at the Emirates tonight against West Brom. Tickets £4 adults, £2 concessions. Sure what else would you be doing on a Thursday evening?