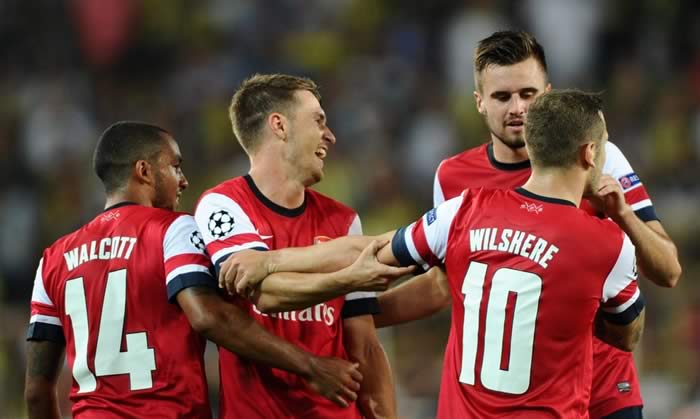 There’s a great bit of stand-up from Chris Rock in which he talks about the polarisation of opinion, from a political point of view.

The same could apply to football, or specifically to Arsenal. Too many positions are utterly fixed nowadays. There were people complaining last night that winning was bad for Arsenal because it interrupts the narrative of misery. There were others saying that a win justified the manager’s decisions this summer and provided a big can of shut up juice to those who had been complaining.

Position A, Position Z. Nothing in-between, no thought that it’s possible to be more nuanced than that.

It’s certainly possible to believe that Arsenal’s work this summer has been sub-par yet enjoy what was a good performance and a very important win. Doing so does not mean you think everything’s ok with the squad and we should just carry on as we have been. Conversely, this win and that performance is no justification for having a squad so threadbare that Arsenal fans across the world almost pooed themselves when, having already lost Laurent Koscielny, our only other centre-half went down writhing on the floor in pain.

That’s a ludicrous situation for any football club, let alone one with the power and resources of Arsenal to be in. We have one fit centre-half. One. It’s nonsensical and it impacts very strongly on our ability to win football matches. But beating Fenerbahce last night was, whether you like to think so or not, a good thing. A very good thing.

I have never understood wanting your team to lose. Some of the people who were so relieved and, dare I say it, happy, that we’d finished 4th last season now wanted us to crash out of the competition that was so important back then. For what? So the manager might get sacked? If you think that’s what it would take you’re mistaken, and in the meantime your team suffers. You want us to sign players? We’re already finding it as difficult as licking our own elbow, this would only have made it worse.

After a first half in which we were clearly superior but didn’t really trouble the home side, we stepped it up in the second. It felt like we were missing a creative spark and early in the second period Aaron Ramsey provided it. He twisted and turned on the edge of the box, fed Walcott in behind and his low-cross to the back post was slammed home by Kieran Gibbs.

The tireless and hugely impressive Welshman made it 2-0 with a low raspser that the keeper should probably have saved but didn’t. It’d be a churlish person who would deny that it was a goal he thoroughly deserved. Not only did he try and make things happen in the final third, he was a ball of energy all night long, chasing back, harrying, making tackles and interceptions and the partnership with Jack Wilshere looked more solid than it did against Villa.

Then Santi Cazorla’s long ball found Theo in the box, he was clearly barged over and Olivier Giroud made it 2 goals in 2 games as he dispatched the penalty into the top corner. At the other end Wojciech Szczesny responded to a lukewarm performance against Villa with an absolute sizzler. He was brave, made good saves, and showed why Arsene Wenger has stuck with him. Admitting he played well does not negate the need for a new signing – perhaps more than anyone he could benefit from mature, experienced competition – but let’s give credit where it’s due.

The only really downside was the injury to Laurent Koscielny which required hospital treatment. Thankfully we know via the medium of the HFB’s Instagram account that he’s ok and travelled back to London with the rest of the squad. While suspension will keep him out of Saturday’s trip to Fulham anyway, it doesn’t look as if he’s going to be out long-term which, given the lack of options, is very good news indeed.

Overall, you have to give credit to the players for going out there and getting the result. Were Fenerbahce any good? No. But so what? We’ve made hard work of games against much lesser opposition than that, so it strikes me as pointless complaining or trying to frame the result in that way. Our players, under serious pressure let’s remember, went away from home, won 3-0 and have more or less assured qualification for the Champions League.

Be happy about that. As I do, you can still believe very strongly that we need to bring players in, and that the way we’ve operated this summer has been an object lesson or case study in how not to run a football club, but in the end you can be behind your team and the guys who wear the shirt.

Afterwards, Arsene (somewhat disingenuously I should say), hinted that now that this result was out of the way, we could begin our transfer work. Declaring the Suarez deal dead (as if we didn’t already know), he said:

You have to understand there is still a long way to go. The transfer market starts for me now and a lot of activity will happen between now and September 2. From August 21 until September 2 you have 12 days, so a lot will happen. It starts now.

I also understand that there was a full summer and we dropped three points against Villa, but with a squad now stretched to the absolute limit – dangerously so – there must now be no other option but to go out and start buying. We had a decent, if not quite stellar, first XI out there last night, but if we’d need something from the bench what was there?

At this point it’s hard not to think there’s something weird going on with Lukas Podolski and he was the extent of our attacking options. Names are floating about this morning, some of them quite big indeed, but we’ll have to wait and see, and whatever happens we need to up our game and quickly. Reports of yet another failed bid, undervaluing Valencia’s keeper to the point where they dismiss our bid out of hand, seem to be the norm.

If we want to get deals done we have to be decisive and have to accept that we might get closer to what the selling club wants to receive rather than what we want to pay. That is the nature of business and when you’re this close to the end of the window, there’s little or no room for brinksmanship or maneuvering.

Indeed, with Fulham coming up in a couple of days, and fewer first team players available than we had for last night, we really should be looking to get busy as soon as possible. Amazingly, all the talk this morning is about attacking players and there’s not a mention of how badly we need to look at the defensive side of our team, but I don’t suppose that’s uncommon from an Arsenal point of view.

Anyway, let’s hope that the chance we have to build on last night isn’t wasted. The team needs it, the fans need it, but most importantly of all this football club needs it.