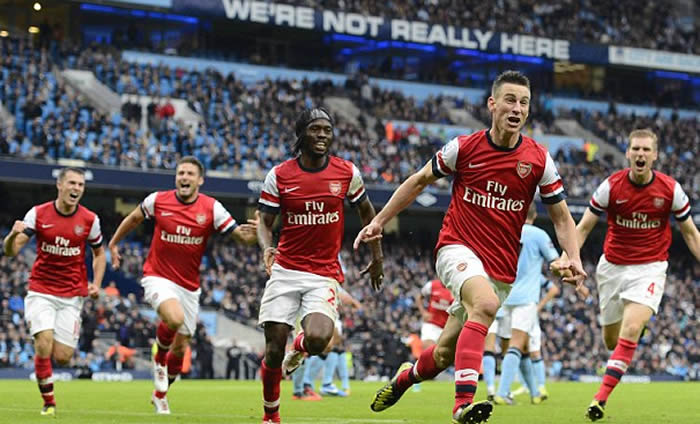 Good morning, welcome to a brand new week. It’s oven fresh, filling the house with its wonderful aroma. No, no that aroma. You people.

I will admit I’ve found it hard to be ‘up’ about things this summer. As someone who usually finds the chink of light in the darkness I can understand why people might think I’ve gone ‘negative’, but I don’t feel I’m moaning or bitching unnecessarily. That’s not my style.

The reason I’m finding it tough going is because I really feel like we’ve missed an opportunity to put ourselves in fantastic shape well before the start of the new season. With the money we have available and with time we’ve had to do deals because we haven’t had any drama of our own, we could have had players signed and practically bedded in at this stage. But none of that would be as important if we weren’t actually building on something that’s worth building on.

I think there’s a good core at this club, some really talented players and some fantastic potential, all of which can be augmented and improved by new arrivals. To go into more detail:

WE HAVE A DECENT FORWARD LINE AS IT IS

The other day somebody accused me of backtracking about new signings because I said the forwards we had weren’t as bad as people seem to make out. Nothing could be further from the truth, we definitely need a new striker, but in isolation the players we currently have did well last season:

When you consider Walcott was frozen out at the start of the season, Giroud played his first season in English football and everyone accepts there’s a certain adaptation in that period, and Podolski had the same issue on top of an injury which prevented him from playing anywhere near as regularly as he might have, those are decent numbers.

Only Chelsea and Man Utd scored more Premier League goals than us last season. Admittedly, United were miles ahead for some reason or another (can’t quite figure it out), but you can easily see what difference another 20 goal a season player would make to this team. This is why (and I know people are getting sick of me banging on about him) I thought Higuain would be the perfect addition.

THE DEFENCE LOOKS AS GOOD AS IT HAS IN YEARS

While stats never tell you the full story, it’s impossible to look at the final league table last season and not be encouraged. Only Man City conceded fewer goals than we did. The Champions let in 6 more. When the chips were down, and let’s not forget how down they were, this team proved they could grind out results based on a solid defensive set-up.

Mertesacker and Koscielny formed the most cohesive central partnership since Campbell and Toure, we’ve got good options at full back, and once back in the side having been rightly dropped, Wojciech Szczesny played a major part in the run for the fourth place. While not opposed to any signing this summer, I still have faith in the younger of the Poles and his potential. He’s still just 23. It’s time to kick on, but not yet time to dispense with him.

The idea of Arsenal going into a season with an injury free Jack Wilshere is very exciting. His development and progress has been stifled in the last two years, but hopefully with a good pre-season under his belt he can really kick on. Mikel Arteta’s consistency and leadership is fantastic, Aaron Ramsey has broken through the wall that was holding him back, Tomas Rosicky adds depth and experience, while in Santi Cazorla we have a rare talent who would add something to the very best teams in the world.

Having let Coquelin go, Frimpong seemingly on his way, and Diaby out until next year, we’re a bit light in there, but it’s easy to see how one good signing would really strengthen that area.

Back to those chips I mentioned earlier, and how down they were. The team went through a dreadful spell, going out of both cups, losing to Sp*rs, the criticism of the players and the manager was rife, yet we still had plenty of the season left. We could do two things: 1 – Get dragged down by it all or 2 – Pick ourselves up and give it a really good go.

We did 2. We did 2 like a fox. When things were really miserable we went to the Allianz Arena with nobody giving us a chance after a horrible first leg and put the shits up the team which went on to win the Champions League (with nobody really arguing that they weren’t the best team in Europe). We won 2-0, Bayern were reduced to holding the ball down in our corner to run down time, and for me that result was the one that changed our season.

It instilled real belief into the players at a time when it was in very short supply. It was built on a ‘You shall not score’ defensive outlook. We took that into our final league games of the season and while it certainly inhibited our attacking play at times, nobody ever lost conceding 0. It required the team, from front to back, to dig in and work hard for 90 minutes game after game after game.

It wasn’t easy, it wasn’t much fun, it was excruciatingly nervy at times, but we did what we had to do and that was a testament to the players and the way they were sent out to achieve those results. Pragmatism ruled. For various reasons we were not capable of playing the way Arsene Wenger likes his teams to play, so we found a different way. It worked and when you look at the players who have left this summer, it showed the manager the core of players he needed to keep for the new campaign.

So, the frustration of this summer, for me anyway, comes from the fact we’ve got all this going for us. We worked so hard to give ourselves the platform we’ve got now, yet we’ve not taken advantage of that in the transfer market. It’s easy to see how this team could compete for the title with the right additions. Give us that striker; add another centre-half to give us some depth in that position; another experienced, quality body in midfield makes us really strong; and if we could add something unpredictable to the flanks (with more deliberateness that Gervinho, for example), then I think there’d be every reason to be really optimistic going into the new season.

I’m not down on the team or the players we currently have. I applaud the fact we’ve gotten rid of so much deadwood (even if there is more to do in that area). I like that we adapted the way we play to grind out results, even if the football wasn’t as enjoyable as it has been – but a scabby 1-0 win is always better than dropping points while playing like Brazil 1970. And I love that there seems to be a great spirit and camaraderie between the current crop of players, but even they know we need those new faces.

Their public entreaties towards new signings aren’t coincidental, to me they’re deliberate and telling. And yes, there are still 19 days until the new season begins and there’s time to do business and good business at that, but I still feel like we’ve managed to make this summer difficult for ourselves when it could have been far simpler. That might be just me, but there you go. Hopefully that gives some context to my frustration.

Beyond all that, I’m looking at doing a Google Hangout this evening with some of the usual suspects to discuss the summer thus far. On the agenda will be transfers, lack of transfers, something about transfers and, if we have time, we might discuss transfers.

Finally for today, the winners of the stadium print competition have been plucked out by the Random Number Generator, and they are: Ben Hutton and Jim Rea. Well done to you, I’ll be in touch to get your details, and if you fancy buying a copy of the brilliant print, check out Jonny’s website here – and to those who entered and didn’t win, he’s offering a nice 20% discount. Go for it!