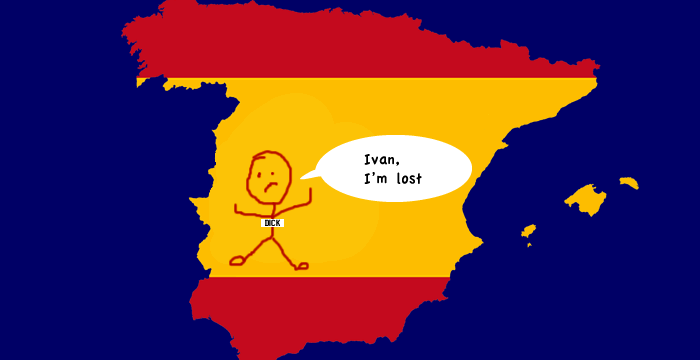 another week begins, and it’s now just two weeks until pre-season training begins. Blimey. Of course for some of our players, like Santi Cazorla and Nacho Monreal, neither of whom have had a rest yet because of the ridiculous Confederations Cup, the summer hasn’t even begun.

It’s mad when you think about it. As good as this Spanish side are, it seems the powers that be are determined to play them into the ground. Between World Cups, European Championships, Olympics, this current abortion of a tournament and everything else, they don’t get anywhere near the amount of rest they should. In some ways the fact that Cazorla and Monreal aren’t first choices will help, but it’s nowhere near as good as resting up and recharging those batteries fully.

When you remember that Santi was the only Arsenal player to play in every Premier League game, and he did look somewhat spent towards the end of the season, it behooves Arsene Wenger to ensure he’s given enough time off this summer. The reality is that he may not be 100% ready for the start of the season and that’s something we’re going to have to contend with.

Having a stronger squad would go some way to helping us cope, but it’s still an annoyance that players who deserve time to recuperate from the effects of a long season are denied that by a tournament nobody in the world cares about. Still, once FIFA make some money to pour into grass roots football that’s ok.

Meanwhile, the signing of Gonzalo Higuain inches ever closer. In terms of what’s new: firstly, we had Sky Sports reporting yesterday that ‘Arsenal were in Spain’, negotiating with Real Madrid. Quite who is representing Arsenal is a good question. It might well be that ‘transfer fixer’ Dick Law is doing the business, but one would hope he’s accompanied by somebody who has the authority to really make things happen if the need arises.

This would be our record signing, the most money we’ve ever spent on a player and I think it’s important that we have as strong a team out there as possible. If a couple of dodgy Costa Rican agents can give old Dick the run-around for the best part of a week, then I shudder to think what they’d make of him in Madrid, so fingers crossed we’re well represented out there.

Secondly, with Laurent Blanc about to sign for PSG, AS report that Real could announce Carlo Ancelotti as their new manager as early as tomorrow. As I’ve said, this deal can be done without the need for him to be involved, but it’s another small piece of the puzzle in place.

But thirdly, and most importantly, Higuain’s father Jorge, has confirmed that a serious offer has been made by us (as well as Juventus). He said:

Nothing has been signed yet but I can assure you there are advanced talks between the clubs. We wouldn’t arrange any personal contract before the clubs agree for the transfer. I’m aware Arsenal has made a strong offer, as well as Juventus.

Which is what he has to say in public, but he and the player will be well aware, and happy enough, with what’s on offer from Arsenal on a personal level. So, assuming the reports of us being in Spain are true, it’s not unreasonable to think that something might happen pretty soon with regards this particular deal. Unless we’re out there to sign a goalkeeper from Rayo Vallecano B or something, which isn’t beyond the realms of possibility either.

However, it seems as if it’s just a matter of coming to an agreement with Madrid and should that prove an issue, given our financial situation and confident proclamations about how much we can spend, then it would only reflect badly on those tasked with making it happen.

While I’m hopeful about this going through, and Higuain is a player I’d love to see at the club, I’m remaining a little bit cautious. This is the kind of deal we don’t have much experience with in recent times. We’re having to move out of our comfort zone and we’re looking to buy a big player, in his prime, from one of the biggest clubs in the world.

That presents its own challenges and I hope we’re up to the task. Let’s hope so, because this would really kick off our summer business in some style. Fingers crossed.