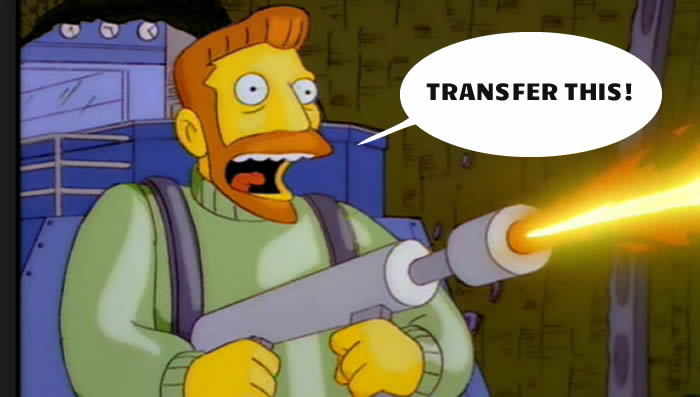 Yesterday, we had the Wenger to PSG thing, a story which the journalist in question admitted was being ‘reported from the PSG end.’ Which is nice, I guess, and super-handy for them to have such a platform for their attempts to to hire the manager. I guess the Telegraph is their go-to guy every time they want to play out business in public, and as I noted yesterday it wasn’t too long ago the same paper ran an ‘exclusive’ about the middle-eastern takeover (where are the PSG owners from again?) which turned out to be, frankly, a load of old poo.

There was that line in the piece which said ‘Unconfirmed reports suggest that the final year of Wenger’s contract is optional’. There was no mention whatsoever of the fact that he’d flatly denied the PSG story straight after the Man Utd game. Not to worry though, this is football, things move fast. And this is football on the internet which makes things move even faster. A quick edit and now it reads:

Blimey! That’s some difference. And while I have no axe to grind with PSG wanting Wenger, or even Wenger wanting PSG if that were the case, the idea that a ‘senior’ football writer would suggest the final year of a manager’s contract is optional is beyond ludicrous. I rang Arsenal yesterday, just to make double-sure, and it was confirmed. Here are some things which are optional:

And here’s something which is not:

You don’t need to be a seasoned hack to have that kind of inside information. It’s common sense. Still, as I said, football moves fast, and this morning The Sun are reporting that PSG have ‘given up’ on the idea of bringing in Wenger this summer. Could it be because of their ham-fisted attempts to set the ball in motion via the media? As Amy Lawrence pointed out on Twitter, even if there were interest from Arsene’s side, blunderbussing a stupid story into a newspaper won’t have gone down well at his end.

But it doesn’t matter now anyway, football has moved on. Zipped past. Whizzed to the next big story which, of course, is the probable return of Mourinho to Chelsea, making them, and him, something to really look forward to next season. Look forward in the same way you’d look forward to waking up and finding a monstrous tick gorging on the top of your mickey. I know some people think he’s great entertainment, not me. Yes, he’s a character, but he’s not to my taste.

I hope that Sunderland stay up this season, because if everything went perfectly one Premier League day, if all the planets aligned and we had the perfect storm of circumstance, I can see di Canio now, kneeling on top of Mourinho, pounding his head off the ground like Nic Cage in the start of Wild at Heart because the ‘special one’ ran the length of the touchline to celebrate a late Falcao goal. I know it’s a long shot but hey, sometimes long shots fly into the top corner.

Elsewhere, Alisher Usmanov says he’s going to decide at the end of the season what to do about his Arsenal stake, and has accused owner Stan Kroenke of not wanting to win things. It’s nigh on impossible to defend Kroenke from such accusations and, frankly, I have no intention of doing so. I’m not a fan of Usmanov but Stan hardly makes it easy to like him either. I don’t care that he bought a ranch, it’s not as if he took our transfer fund to do it, but if the tone for the club is set by the owner, we’re positively narcoleptic.

As for Usmanov, I suppose he’s talking about making a bid, but I don’t see that being fruitful. Kroenke, from the little we have heard of him, is not inclined to sell. He’s never sold his stake in any of his teams, apparently, so I don’t know why he’d start now. The Uzbek is the master of timing though, isn’t he? With three crucial games left this season, games on which all the focus should be, he makes it about him. And not for the first time. He needs some new material too.

What’ll happen at the end of the season is that the boardroom stand-off will continue, and there’ll be no working relationship between the two billionaires. It’s not healthy but it’s down to the people who make the important decisions, like who to buy, which players to bring in, how to add to the squad, and so on, that will have the biggest impact. Ultimately though, whatever happens will fall on Stan. If we invest well this summer it gives him some breathing room. If we don’t, even if it’s the manager’s decision to hoard the gold under his mattress, the buck will stop with him because he is, after all, the majority shareholder of the club and as such should have sufficient influence to make one of his employees improve his team.

Some days I wish we had different billionaires associated with us. Even Hank Scorpio. At least he was proactive, despite his explodey ways. Now, if you’ll excuse me, I’ve got a pressing appointment down in the Hammock district.