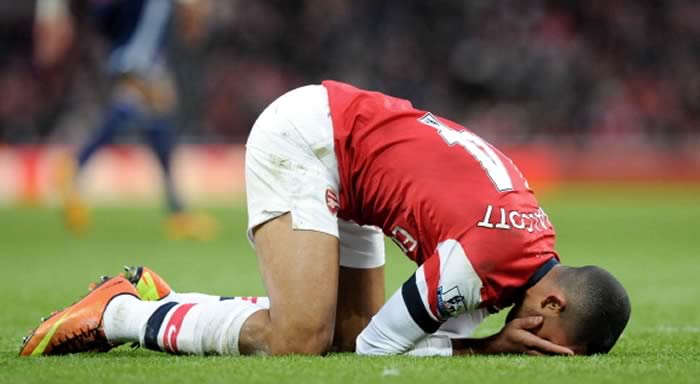 welcome to a brand new week after a weekend which turned out pretty well, all things considered. I had absolutely no expectation that a new Sunderland manager would be enough for them to take points off Chelsea, and so it proved. Chelsea’s goals were a tad on the lucky side but they’ve moved up into third, forcing Sp*rs into 4th and us back into 5th.

However, the fact that Sp*rs drew with Everton means that their lead over us is just 2 points … and we have a game in hand. Meaning that for the first time in ages it’s in our hands and out of theirs. They scored a late equaliser which, in the grand scheme of things, was probably a good thing. It means Everton don’t close the gap on us, and while I don’t think it’ll change their approach to our fixture in a couple of weeks, it’s good to have that bit of breathing space.

The fact that Chelsea are involved in the FA Cup next weekend means the clash between them and Sp*rs has been postponed. I don’t know till when exactly, with both teams still involved in the Europa League it’ll hopefully be right in the middle of a week when they’re both knackered and susceptible to injury, playing out a 5-5 draw in which all the stretchers are used.

Whenever it happens we’ve made sure that we’re in a good position to take advantage. Our next game is on Saturday against Norwich; not a banker by any means, I don’t think there is such a thing with this Arsenal side, but certainly a good chance to take three points and leapfrog our neighbours into the top four. If that happens the gap, which was 7 or 8 points a few weeks ago, will have become a 1 point Arsenal lead and that really does strike a significant psychological blow.

Two-goal hero, Tomas Rosicky, has been speaking about his performance on Saturday against West Brom, and the fact that he got not one, but two goals in a game:

I think that last time it happened was 2007 or 2006, a long time ago, so I enjoyed it very much. I’m not a big goalscorer so it’s great when you score in a goals and you help your team to win.

He also feels that the fact Arsenal have been here before will be an important factor in securing a top four place:

It will be very interesting until the very end. We know we have to be consistent to be there, we have the experience from the last years, so when were produce the stuff we have in the last few weeks I’m confident we’ll be there.

The fans are desperate to end the season above Tottenham and we are as well. We’re on the same page as that.

I suppose it’s worth qualifying that by saying finishing above them should not be the be all and end of all of an Arsenal season. I don’t think that’s what he means anyway, but for this campaign, like the last, it’s part of what makes the run-in so interesting. Although the title was fought out between the two Manchester clubs last season, and we all know Arsenal have issues and problems, it’d be a hard-hearted person who didn’t enjoy what we did in the final stages last year.

It was nerve-wracking, and even if it was, overall, below expectations, overhauling them and finishing third (not 4th, we let them have that trophy, ha ha), was kind of hilarious. I still don’t think Chelsea are out of the scrap either, and with that postponed fixture still to play we could sneak up on the outside while the two of them are slapping hands at each other.

As for Rosicky, he’s stepped up when needed. I’ve often thought he’s capable of scoring more goals, despite the fact he’s spent so long out injured. When you are in and out of a team it’s hard to build up form and rhythm, which are so important for any player to produce consistently at the top level, but I think he also needs to be a bit more selfish at times. If you think back to the Reading game and that beautiful move which saw Cazorla clip a ball over the top of their defence, Rosicky then tried to play the ball back across goal to Podolski rather than have a go himself, and maybe the outcome would have been different if he’d had a go himself.

Either way, the fact that we’ve lost Wilshere and ‘found’ Rosicky is a good thing at this time of the season. The same way as Gervinho has rediscovered some form when Walcott has been absent. Vermaelen and Szczesny have gone out, Koscielny and Fabianski have come in and played well. We’ve had injuries, something people bemoan all the time, but they haven’t hurt us. On the contrary, they’ve helped, if that doesn’t sound too weird.

It’s forced the manager into making changes he might not have ordinarily. If Theo hadn’t picked up a knock could he really have taken the risk of playing Gervinho, given the Ivorian’s form? Wilshere’s injury has created space in the team for Rosicky that doesn’t really exist when the Englishman is fit. When he is, he plays. Santi has to play, and it’s then very hard to find a place for Rosicky too. Sometimes the solutions present themselves.

Right, that’ll do for a Monday morning, till tomorrow.