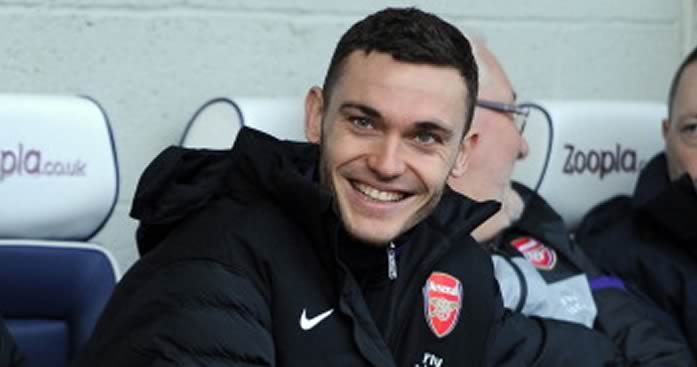 Good morning from my shiny, inflated and quite purple ankle which I sprained playing football. It’s like someone kicked the crap out of Grant Holt’s belly and attached it to my foot. Ugh.

There’ll be some weary legs rested ahead of Saturday’s game with Fulham, and the manager will have a few decisions to make about his team, but until we find out if we’ve suffered any casualties from Tuesday night then that’s a discussion which can wait.

Last night’s results have pushed us down into 4th as Chelsea spanked Saturday’s opponents, and the best we can hope for now is that Fulham, as team safe as can be in mid-table, have switched off and stroll their way through what’s left of the season, somewhat demoralised after losing their derby. But this is a team managed by Martin Jol and they’re set up in the style of their manager – big, wide-headed, ugly and difficult to play against – so I don’t expect anything different on Saturday.

Interestingly, as we approach the summer, both the Mirror the Mail run a story about Thomas Vermaelen and how he’s determined to stay at Arsenal and win his place back. I’ve got absolutely no issue with the sentiment, but I am a bit dubious about where the story came from. It feels like something that’s been planted by an agent and when you remember that Vermaelen shares the same agent as the Dutch Skunk then you’ll forgive me if I don’t take it face value.

It would be excellent if it were true, if the captain were 100% committed to a fight for his place because competition is good. What’s clear is that at this moment in time the manager sees Mertesacker and Koscielny as his first choice centre-halves, but that doesn’t mean it’s forever. For most of the season Vermaelen was first choice until his form demanded a change.

What Arsene did for Everton was always going to be telling – he could have kept the Belgian in the team after a win against Norwich, but it would have been Koscielny who made way. Mertesacker complements both his potential partners, the similarities between Vermaelen and Koscielny make them and uneasy duo, in my opinion. And the reality is that I hope Vermaelen doesn’t get his place back between now and the end of the season.

Not out of any personal dislike of the captain, but because it’d mean that the other two are playing well enough for the manager not to consider any change. Come the summer we’ll see how determined he is to win back his place, and if he’s up for the fight, then great. You’ve got to have respect for a player willing to do that and not take the easy way out. If not, I think we all know what the outcome will be, but that’s something to worry about then.

Meanwhile, the rejuvenated Aaron Ramsey is enjoying his spell in midfield. Having been deployed all over the pitch this season, sometimes to greater effect than others, he’s really finding some form and consistency in his more natural position:

It makes a big difference. That’s my position and that’s where I want to play. At the beginning of the season, I was moving all over the pitch, playing left-wing, right-wing, right-back. I was asked to do a job in many positions, which I’m happy to do for the team. If the manager wants me to play there, I’m not going to say no to that. But I’ve got my place back in the middle and my performances have been showing what I’m capable of doing there.

I’m happy to see him do well after what was a difficult period for him. A return from the kind of injury that has ruined the careers of other players, coupled with a loss of form, meant it hasn’t been easy for him. There’s no doubt he lost a section of the fanbase – even if I think he became something of a lightning rod for more serious issues – but hopefully he’s winning them back with recent performances.

There’s still room for improvement, no doubt about it, but it’s a matter of keeping this run of form going and that will come naturally, I think. If he can start adding a few goals to his game too, then we’ll have a very handy player on our hands. The club, and the manager, obviously have plenty of faith in him, handing him a new long-term year deal alongside the rest of the Britcore, and I think that’s been a factor in his recent displays too.

Elsewhere, Mikel Arteta explains why Gervinho is like LL Cool J while Kieran Gibbs says there’s a better understanding between the players now, which is why the results and performances have been improved of late.

Other than that not a great deal going on. I’ll be back tomorrow with an Arsecast as we start looking ahead to the trip to Fulham on Saturday.