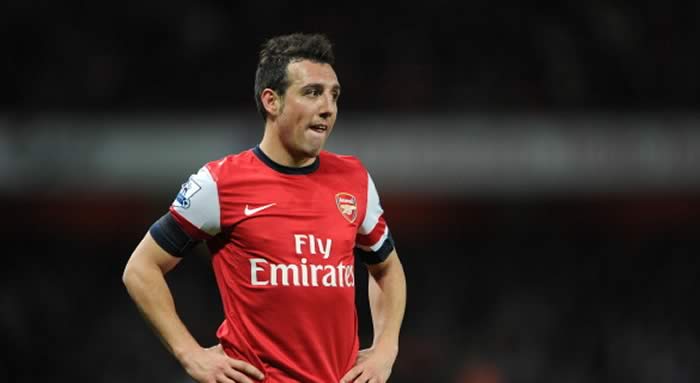 I had a feeling, looking at the fixtures, that this was one we might drop points in. Everton are traditionally difficult opponents, and so it proved again last night.

Their defending, coupled with our lack of efficiency in front of goal, meant the deadlock was never broken and although we piled on the pressure in the last 20 minutes, we couldn’t find a way through. When it looked as if we had finally found space to create the decisive chance, brilliant Everton defending snuffed out the danger. It looked for all the world as if Oxlade-Chamberlain would again provide for Giroud, as he did against Norwich, but Seamus Coleman’s commitment meant he got enough on it to prevent the chance.

It wasn’t the HFB’s best night, that’s for sure. A good chance in the first half, created by Aaron Ramsey, was screwed wide, and when he fashioned some space in the box he smashed a shot high and wide with his right foot. He’ll draw criticism and I can understand that, but I maintain the issue isn’t really Giroud, whose 17 goals in his first season are evidence he’s a decent player. The problem is when he misfires there’s nobody else.

Despite talking about him being used as a central striker, Arsene Wenger seems reluctant to play Lukas Podolski there, so when Giroud is off his game, the only option we have is to stick with him and hope he turns it around inside the 90 minutes. It’s why Arsenal need to sign another striker this summer, having no credible back-up and/or competition for the main striking role is definitely one of the big issues this team has.

In midfield Jack Wilshere looked off the pace and was ineffectual again. I can only assume Rosicky was even less fit than Wilshere after his hamstring injury because he wasn’t used at all, but Jack looks like he’s running through tar at the moment. He’s trying hard but I wonder if we’re doing him any favours, we’re certainly not doing the team any and it’s not as if we don’t have options to use if we do leave him out of the side.

Once again Ramsey was the stand-out player in the Arsenal team, suggestions that he doesn’t create enough are reasonable, but he should have had an assist with that first half chance for Giroud and one excellent second-half ball through to Theo would have seen the winger through on goal but for a Walcottian first touch which pushed him wide. His work rate and energy is boundless, even as the team tired he was hassling and harrying all over the pitch, but it’s not unfair to think that Arsenal need more than that. It’s not really his job though. Cazorla and Wilshere are, supposedly, the creative hub of the team, and they found it hard going last night.

Some of Cazorla’s close control was astonishing, his ability to hang onto the ball in tight situations with a flock of opposition around him is brilliant too, but like everyone else he found Everton difficult to break down. Sometimes you have to give credit to a team for the way they defend, and even if they got lucky when Gibson avoided what was an obvious second yellow card in the first half, there’s no doubt they worked extremely hard. I thought they might have been a bit more expansive, given the importance of three points to them, but I guess that’s not really their M.O.

We should have won the game but it keeps us still in a strong position in the race for the top four. We had the chances to win the game. We can only look at ourselves and next time try and take our chances. We are on a very strong run with a fantastic run so we do not want to complain too much about what didn’t go for us. Let’s look at ourselves, come back in the next game and win it.

With Tottenham still to play Chelsea and Man City there’s plenty of scope for them to drop off, so I think this might prove a decent point for us in the end. Everton are no pushovers, and the problem isn’t drawing with a team like them, it’s dropping points to the likes of Norwich, Sunderland, Villa and Stoke throughout the season that’s caused every game to be so vital at this point.

Obviously you want to win your home games, and in the cold light of day it’s hard not think about the chances we had to take three points, but we’re now on our best run of form of the season. Previously, we hadn’t gone more than five Premier League games unbeaten, we’ve now reached a whopping six. Since losing to Chelsea in January we’ve won 8, drawn 2 and lost just 1 of those 11 Premier League games.

However, it makes Saturday’s game at Fulham and must-win, and the one after that sees Manchester United visit the Emirates. There are myriad reasons why we need to get a result in that game, but most of all we’ll need the points as there’ll only be three fixtures remaining. I felt that after losing to Sp*rs at White Hart Lane we’d need 24 or 25 points to make the top four, so far we’ve taken 16 from 18 so I’m still confident we’re on course, even if last night was ultimately disappointing.