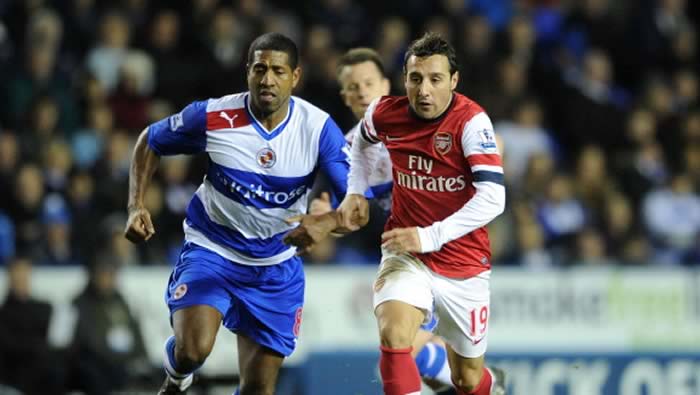 So football returns and it’s Reading at home today. Whatever the circumstances, and with all due respect to our opponents, this is a game from which we really should be taking three points. After the wins against Bayern and Swansea, a home fixture looks a much easier task, but the reality is we have to approach this game as we did those two.

Two wins is nice but doesn’t mean all our problems are solved by any means. And those two victories came because the team was much more focused on what they had to do defensively, and more efficient up front. The fact that in the two games we’ve played against Reading this season we’ve scored 12 goals and conceded 7 tells you a lot about how we’ve approached them. Perhaps the Capital One Cup game was something a bit extraordinary, but it’d be nice to continue the defensive improvement.

In terms of the team, I think he’s got to stick as close as possible to the ones that have been successful in the last few games. Sagna is back, which is good, but Jenkinson should keep his place. The same with Fabianski in goal and Koscielny at centre-half. Without Wilshere or Diaby in midfield I suspect he’ll play Aaron Ramsey with Cazorla as the attacking part of the trio. Up front Podolski is fit again and I’d like to see him start on the left, meaning there’s a choice between Gervinho and Oxlade-Chamberlain on the right hand side.

It wouldn’t actually surprise me if both of them started, and Podolski was used from the bench, but it’s good that we’ve actually got some options. Arsene Wenger knows his team is under pressure and needs to show more consistency in the final nine games of the season than they have in all the ones that have come previously:

We want to use this pressure in a positive way, that means as a stimulating incitement to play our best football. Overall it’s just down to consistency. You try to be consistent on your own side, knowing that everyone can drop points everywhere.

This week both Monreal and Ramsey have spoken about how they need to treat each game like a cup final. While that might invite undue pressure, it’s not wrong. They have to approach every match like they did the one against Bayern, in my opinion. Like they have something to prove. It ought to be the default setting, from day 1 of the season, but we are where we are and we have to make the best of what’s left.

I think Reading are a side that will fight hard, especially under a new manager, but we’ve got to make sure that the new boss bump isn’t instantaneous. On top of everything else they’re scrapping to stay in the division and that will make today hard work. I’d hope that none of the players looks at this game and thinks it’s an easy three points, United had to work very hard to win against them a couple of weeks ago, so we need to switched on and very aware that only 100% will do.

If we do have that outlook, and maintain this desire not to concede, to protect the keeper, to prevent chances, then we’ve got enough goals in the team to do them sufficient damage. Sp*rs are away to Swansea, as we know not the easiest place to go, and if everything lines up right we could cut the lead to a single point. The most important thing is that we take three, and just keep the pressure on.

In other news, Thomas Vermaelen has spoken about his unceremonious benching, saying:

It’s just something that happens in football, especially when you play for a big club. I’m fighting to win my place back, and nothing will change my mentality or the way I work – I will give everything every day, as I have throughout my career.

I’m sure it’s a difficult situation for him, captain of the club and his form is such that he’s been dropped, but the only way he, or any other player can respond, is to work hard, to wait patiently for his chance, and when it comes, take it. One injury or suspension and he’s back in the team but he’s got to play well enough to keep his place, and that is a healthy situation for the football club above all else. Which is the way it should be. At times it’s felt a bit too weighted towards certain players and I’m glad to see the manager go at it a little differently.

Finally, for today, this interview with Arsenal fan Robbie Rogers by Donald McCrae is a wonderful read.

How sad that this is still an issue. As enlightened as we like to think we are, football still has to come a long way, and hopefully guys like Rogers will be remembered as the ones who blazed a trail and made it easier for others.

Finally, there should be live blog coverage of the game later, but it’s not on any of the channels my satellite box has, so I’ll be stream hunting. If that’s successful we’ll be groovy. Check back later for a post or bookmark the default live blog page.