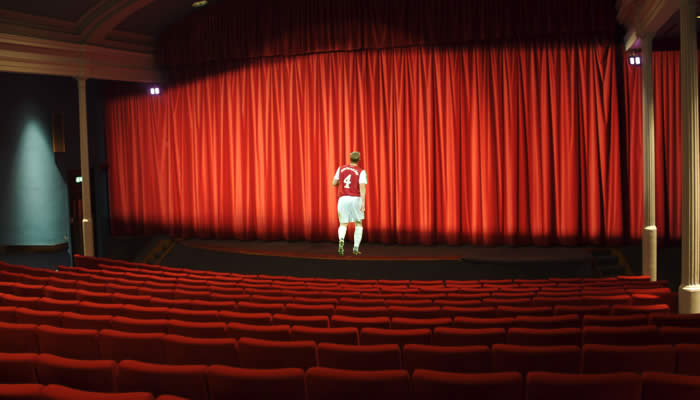 It’s a bank holiday here today, you know, what with yesterday being St Patrick’s Day and all.

Naturally I didn’t involve myself in any of the contrived tomfoolery that goes along with it. Parades, pah. Wearing green, pah. Treating the day as an excuse to get drunk, PAH. I’m not getting drunk simply because I’m supposed to.

But then I don’t like to be told what to do, even … no … especially by myself and I don’t need an excuse so I did. All I’ll say is that last night I was of the firm opinion that Kentucky was the greatest place on earth, filled with pure mountain streams of the most golden liquid (bourbon, your mind is sick), from which one could sup. This morning, I suspect it’s a more dreary place than I had envisaged with strange mountain folk and maverick lawmen like Deputy US Marshall Raylan Givens.

All of which is to say *boilk*. And look, why not? From a footballing point of view yesterday was pretty good. Although Chelsea managed to win, the other lot seem to have begun their annual bottlathon, in which they bottle it like bottling bottlers. Beaten 1-0 by Fulham so our win against Swansea on Saturday turned out to be a very valuable one indeed. I didn’t see any of the Sp*rs game but I’d imagine William Gallas was sitting on the pitch and crying and stuff and Emmanuel Adebayor went about the place pretending to care but we all know he doesn’t care once he gets paid and can spend all his money on personalised soap-holders and babies who are stolen to order for his child army.

There’s still a 4 point gap but with 9 games to go that’s not insurmountable by any means. It’s a shame we’re now in the middle of a goddam Interlull and don’t have a game for nearly two weeks but such are the vagaries of the footballing calendar. I suppose it gives us time to get players ready but there’s also the possibility that some players may get maimed or eaten by bears on their international travels. I’m told the club has comprehensive bear insurance though, so no real worries on that front.

So, after two clean sheets in our last two games, it turns out it’s all down the defence watching videos. No, not hilarious cat antics on YouTube of somebody’s betamax copy of Fast Times at Ridgemont High, but of themselves. Defending. Or not defending, as the case may be. Per Mertesacker was quick to point out they’re always watching videos, but this time they wanted them again. The BFG says:

We saw ourselves as a unit on the television and I think it was a good thing to do because sometimes you have a different view on the pitch and you feel different. We all had the feeling there was something to do so everybody was involved and everyone felt we needed to improve and speak more.

The most important thing we learned was to cover each other more. There were a lot of situations where there was no pressure on the ball and the back four was not prepared for any balls between us.

Whatever the nuts and bolts of it, it’s worked. Frankly, I don’t care how they sort the defence out once they do it, and while there’s still a way to go to convince people, the last two games have been very encouraging. It’s amazing how much better you feel about your football team when they don’t concede goals that make you think the players have been taken away and lobotomised at Camp Stepanovs by Darth Cygan.

I know every team lets in stupid, avoidable goals but we really should have a trophy for the amount we ship. That’d solve a few problems, actually, but really, any efforts made to make the defence better are fine by me. I think the players will enjoy the novelty of not letting one in before they start playing, our generosity of spirit to concede to the first shot we allow will no longer be our trademark, and if we can keep up this miserly approach then our chances of finishing in the top four are greatly increased.

In other news Arsene Wenger says he hopes Gervinho’s goal on Saturday gives him confidence for the final games of the season. I too hope this. He’s never going to be my favourite player of all time or anything, but when it comes right down to it the more players we have who are in anything approaching decent form then the better we’ll be for it. He’s missed some sitters this season, no doubt about it, yet our squad is such that we don’t exactly much in the way of options.

I’m struggling to find a conclusion to that thought other than when any Arsenal player scores I’m happy for him and the team and myself and I’d rather see a player confuse people by making them think he’s not as bad as they thought than a one who is roundly castigated simply for existing the first place. After which we can discuss melting him down into something more useful and buying someone better but until May we have to make use of his dome. And that.

Bacon sandwich? Yes, I believe I will.