Welcome to Saturday and a quick Saturday round-up.

The only extra team news from yesterday is that Wojciech Szczesny is a ‘slight’ doubt but ‘should be ok’, according to the boss. Which is still a bit scary considering who tomorrow’s opposition are. It would be reasonable to say that SZCZ is more dominant in his area than the alternatives (Fabianski is fit again, by the way), so fingers crossed there’s nothing too badly wrong with him. Like he’s in a medically induced coma after overdosing on Twitter transfer rumours. And apropos of nothing, doesn’t Sahin sound like the name of a nerve gas, or something?

Beyond that everyone’s fit and well apart from the ones who aren’t but we knew about them already. We’ll have a proper preview of the game in tomorrow’s blog, but here’s an interesting snippet which outlines why Stoke, amongst other teams, had to change the dimensions of their pitch this season. How much of an impact it will have on them and the way they play remains to be seen but we like space more than they do. We’ll see.

Meanwhile, the manager has spoken about transfers, and with six days until the window SLAMS SHUT it looks like we could be in for some SWOOPS and and RAIDS as well as JETTISONING some of those who need to go somewhere else to play this season. The boss said, however, that he’d only take ‘special’ players, especially in midfield:

We are still in the market in some positions. We will only take players who have something special. We believe we have a very strong team and if we find the special player, we will do it.

We have some players who can go out, but overall there is always something happening in the last week. I have a clear idea of what I want to do. 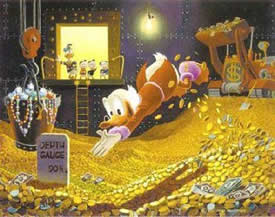 And while the cynical amongst you might suggest his clear idea tallies with the picture to your left, I would hope to see a couple of new faces in the squad by the time the window shuts. He also had some interesting stuff to say about the … erm … midfielder who might be … uhm … less attacking than other midfielders. If you get me. The mythical NAM (Not Attacking Midfielder) is the player than many people want to see arrive at the club, and the manager is open to it, providing he can find the right player, but also feels he has options in the squad as it is:

If someone really top, top class comes up … I do not need to buy an average midfielder. If you look at the numbers you will see that Song was more of an offensive player than a defensive midfielder. Arteta can play deeper – the kind of Pirlo role – and we have Diaby who is a very strong defensive player.

We have Coquelin who is also doing very well.

He also mentions Wilshere and doesn’t say a word about Frimpong. As I touched on earlier in the week, I feel the need for a specific NAM isn’t as pressing as others seem to think, and that shaping the midfield slightly differently would work just as well, if not better than assigning all the not-attacking responsibility to one player. That said, if he can find an exceptional NAM, someone whose focus and game is purely not-attacking then I’ve got no problem with it either. It’s finding that player.

Perhaps it’s M’Vila, but then like many, I’m sure, I’m not that big an expert on a player whose reputation now precedes him due to online chatter. He’s like when people talk about a really big band and their first ever gig and if you worked it out all the people who said they were there means they played in a massive stadium and in reality there were only a couple of dozen including their parents and possibly one of their hip teachers. Anyway, we’ll see what happens.

He also spoke about Theo Walcott, confirming the club were in talks over a new contract:

Negotiations continue, at the moment not directly with me, but we try to sort it out before the window closes, one way or the other. We want to extend his contract, but you need not only our desire. I think his desire is right, and we need to find an agreement.

From what I gather the reluctance to discuss a new deal has been quite a bit from their side and a little bit from ours. I suspect, had someone seriously come in for Theo this summer, he might well have left. His people were talking to our people earlier in the summer then stopped talking to us and now they’re talking to us again. Surprise surprise. From our point of view, we either sign him before Friday or run the risk of losing him on a free/take the gamble he’ll sign on during the season. Or, we sell him before the window closes but flogging another high profile player would be a tough sell and a difficult message, regardless of what you think of Walcott as a player.

I’d be happy enough with him remaining in the squad once both sides are realistic about what he brings to the team and his place in it. Playing him against teams like Sunderland is, essentially, useless because he lacks the ability to produce against teams which deny him space. Coming off the bench against teams when a game is stretched, or using him against teams who go beyond the halfway line, that’s another thing entirely and as long as his pace lasts he’d be useful in that regard. A new contract on big new wages might well suggest to him that he’s a nailed on starter in every game and from a footballing point of view I think that’d be a mistake. One for the boss to sort out.

In other quick news, fans of Arsenal Ladies should check out this interview with Steph Houghton by Tim Stillman, AC Milan are apparently after Denilson, while yesterday Freddie Ljungberg retired from football. Thanks for everything, Freddie, it was, to coin a phrase, ‘fuckin’ excellent’. And if you’re up to nothing much today and in the area, the U21s are playing Blackburn in the U21s league and it’s only £4 for adults and £2 for kids.