See any of that old Champions League stuff last night? Pfff. Who’d want to be in a competition like that? If that’s two of the best teams in the world give me Bushy Park Rangers v Leicester Celtic any day of the week. Well, apart from that Messi bloke. He’s a bit good, isn’t he?

Would it be a timely time to remind people that when Arsenal brought Cesc to the club they were seriously interested in Messi too? And that work permit problems meant it couldn’t happen. Not that it was 100% or anything but you know us – we’re pretty good at nabbing youngsters from Spain. Imagine, he’d have been the finest attacking left back in Arsenal’s history. Just beating out Juan in the rankings.

On the other hand, and while I have no sympathy whatsoever for any team managed by Mourinho, the sending off played a big part. If there’s a divier diver than Davi Alves I just don’t who it is. He has the temerity to do the ‘divey-divey’ motion when people play him at his own game but then shows why he’s the Dive King at the first opportunity. Real Madrid know the pain we felt – a red card against Barcelona that wasn’t deserved and it had a big impact on the game.

Anyway, Mourinho is the Phil Collins of football, lots of number 1s, lots of Grammies, but you wouldn’t pay tuppence to watch the cunt. Unless it was in a colosseum. And he was facing extremely hungry tigers and panthers and rabid koalas crossed with gorillas. I call them Goroallas. 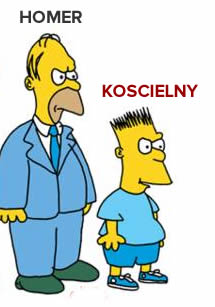 As you might have gathered there’s little or nothing going on from an Arsenal point of view. The silence continues as we lick our wounds, take stock and wish we had Messi at left back. Young Guns reports that Thomas Vermaelen will be back against United but not the real United, the reserve United. Good news, I guess, although it’s very much too little, too late in terms of the title. It’ll be Djourscielny on Sunday no doubt.

Which reminds me of something the Mugsmasher pointed out a couple of weeks back. He saw it suggested somewhere that Koscielny looks like an early Bart Simpson. I think he could be onto something there, you know.

Meanwhile, our recent form clearly has United worried. Rattled even. Patrice Evra, a man whose talking is generally the equivalent of Alves’ diving, is cautious, saying:

You have to fear the wounded animal. It is all or nothing for Arsenal so that is a danger. They will want to show they can still win the title.

Cunning stuff indeed by Arsene. Deliberately lulling United into a false sense of security, throwing the Bolton game on purpose, and banking on beating them this weekend which will send them into a spiral of doom and negativity, culminating in a Vidic OG hat-trick on the final day of the season to hand us the league. Those of you who doubt the manager will have to eat some portion of humble pie then, let me tell you.

Elsewhere, the Mail reports ‘EXCLUSIVELY‘ that Pat Rice may not continue as the number 2 (pfff) next season. Wow. I didn’t see that coming. Not for one second. I’m taken aback this morning at this most exclusive of all exclusives. Who knew? Certainly none of us and not for ages at all.

It does raise an interesting question though – who will fill his legendary boots? For me Steve Bould is the obvious candidate. He’s been at the club in a coaching capacity for years now, he’s done his time with the under age and youth teams, and if he has ambitions to go further then this would certainly be the moment for him to step up. A much more unassuming character than Tony Adams or Martin Keown, for sure, but fuck me if he wasn’t a great defender and one who could certainly bring a tint of George to our coaching.

There are other options, former players of great stature with fantastic songs who may or may not be retiring at the end of the season, but for me Bouldy is the favourite. As much as we talk about changes of personnel on the field there’s long been the sense that other areas need a bit of a shake-up too, the coaching staff in particular. I have a lot of time for Pat Rice, a man who has given so many years to this club, and I find some of the stuff directed at him a bit disrespectful if I’m honest, but sometimes a change is necessary and this is one I think I’d like to see now.

More transfer speculation this morning involving Carl Jenkinson (deal done and dusted, apparently) and Alex Oxencart-Chamberpot. The former is expected to challenge for a first team place straight away, perhaps at left back, while it would be a lot to expect of the latter to make an immediate impact. He’s still very, very young and in a team that is lacking experience you’d have to think his signing is one for the future.

Unless Wenger’s thinking “Experience, eh? That’s exactly what they’d expect. I’d fool them all by fielding players even younger than the ones I do now. Mwa ha ha ha ha” … *weeps*

Right, I’ve spun this out long enough. Back tomorrow with a dirty great Arsecast and hopefully a bit more news from inside the walls of silence.