So I’m writing this about 90 minutes after the end of the game for publication in the morning. I’ve had a few beers, I’m feeling pretty shite if the truth the be told, and Arsenal are still out of the Champions League. And if there’s anything worse than losing a European 1/4 final to a local rival, it’s losing it in the last couple of minutes when it’s impossible to do anything about it. Sickening, horrible, unreal – but that’s football. You can’t win every game, and we’ve done Chelsea in important games for the last 5 years. They had to win one sometime and unfortunately it was last night. 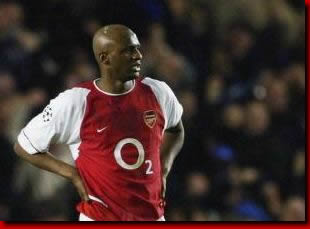 Obviously I have my own opinions on where we might be able to improve, and more specifically where we might have gone wrong in last night’s game. But, I’m not going to talk about them at the moment. At least not on here. We have forums and arses on this site to do that. People can vent their spleen, share their opinions, regale us with their theories and blind us with the expertise they’ve gained from years of football management.

Personally I’m going to keep my opinions to myself for the time-being. We have another huge game on Friday. The manager and the players are now under an enormous amount of pressure. The press are going to have a field day chalking up another defeat (that’s a grand total of 5 this season, I think. Shocking) and labelling us chumps and chokers, but while going out of the CL to Chelsea hurts we’ve still got lots to play for. Maybe we’re suffering from having a small squad, but this is our squad until the end of the season. You can get behind the lads until the league is settled or you can bemoan lost chances, heap more pressure upon them and make it more difficult for them to win anything. We can sit around and feel sorry for ourselves and we’ll get what we deserve. We have to pick ourselves up again and get it together to beat Liverpool on Friday. The Chelsea game is not important anymore. Yes, there are lessons to be learned from it, but the important thing is winning the league now. The players need the fans to believe in them, to get behind them and to support them. Because at the end of the day that’s what we are. We’re supporters. We’re not team management consultants, we’re not tacticians and we’re not training gurus.

I believe this team is good enough to win the league. I believe we’ve got the quality to pick up enough points from now until the end of the season to finish in first place. At the start of the season if you asked me to choose one trophy to win it would always, always be the league. It’s 38 games, we’ve gone 30 without losing so far. If we beat Liverpool and beat Newcastle we’ll be almost there, but it seems that winning the league for some people won’t be enough. Yes, we had a good chance at the Champions League this season, but there’ll be other seasons. And of course if we had gone through we’d have had little more than a walkover against Monaco who only went and beat the part-timers of Madrid. Not only did they beat them, they clawed back a 2 goal deficit against the ‘best team on the planet’. But naturally Arsenal would have easily beaten them in the semi-finals.

We won’t get another chance at winning the league this season. Let’s do what we can to help the lads through what is a bit of a sticky patch for them. It’s the first time we’ve had a spell like this in the season, and how do you think they feel, especially when so many fans are so quick to castigate and criticise? I’m sick and gutted like I am when we lose any big match, but this season is not over yet. Show a little faith.