07.33 – Do you think there’s a reason why every single time I’ve done the lottery, here and previously in Ireland, they’ve managed to pick the wrong numbers? It’s a conspiracy is what it is. 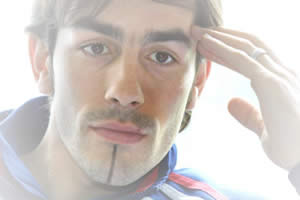 Worrying news from France regarding Robert Pires. Apparently he’s suffering from a knee injury – the same knee he injured last year – and is a doubt for France’s match tomorrow night. He will travel with the French squad to Slovenia, but won’t play if he feels any pain.

With Dennis’s role pretty much peripheral so far this season, Bob is the creative heartbeat of the team. The one who can put his foot on the ball, look around, pick a pass and along with TH he can make something out of nothing.

Obviously you worry when you hear it’s his cruciate knee, but hopefully it’s just a bit of a twinge and nothing more serious than that.

Peterborough want to sign John Halls on loan for 3 months. Posh boss Oswald Cobblepot Barry Fry says “Liam Brady has spoken to Arsene Wenger and they have both agreed to let the lad come here on loan. It would possibly be a three-month loan deal with Arsenal having an immediate recall on him.”

There was an interesting little snippet in the News of the World on Sunday. No doubt most of you will have clicked onto arsenal.com at some stage to see all sorts of new player interviews, most of which are only available to members of Arsenal Plus. It seems the players are being asked to do this interviews for the site much more frequently, but there’s a bit of resentment because they haven’t been given any extra cash, despite promises that they would beforehand. They quote an un-named player as saying “Because of the website demands, it was felt a bonus system should be in place. So far we’ve heard nothing and some of the lads aren’t too happy.”

Arsenal reserves 4-0 Sp*rs reserves (report from Sp*rs site). It was a much more experienced Arsenal team, but it’s still nice to stick a few past that shower, whatever the level. Jeremie Aliadiere will have given AW something to think about with 2 goals.

They talk about players not having any loyalty any more, but the announcement that Peter Kenyon is to become Chelsea’s new Chief Executive was a big surprise. He’s a self-professed ‘Red Devil’, but he’s been won over by Championshipmanavich’s filthy lucre. It’s also suggested that the row between Alex Ferguson and Man United’s biggest shareholder, John Magnier, over a horse has a big part to play in all this.

It does raise some questions about his transfer dealings in the summer, in particular the Veron deal and you have to wonder how he managed not to sign Ronadinho, when even Ferguson was saying in private that it was a done deal. Anyway, I don’t think too many Man Utd fans will miss him, and it’s just another reason to hate Chelsea some more.

Right, I’m off to negotiate a big bonus for myself for doing this website. I may have to go on strike to get myself to give in to my demands. Later.